Toronto, ON – This May, Andrew Lloyd Webber’s much-loved musical CATS returns to Toronto with an all-Canadian cast. CATS has been presented in more than 20 countries and translated into 10 languages since its London debut in 1981. The Tony Award-winning show begins previews on Tuesday, May 28 and 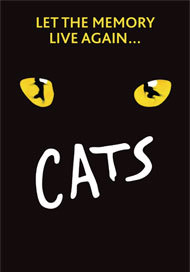 NuMu Inc.’s chair Marlene Smith spearheads the project, collaborating with her son, Geoffrey Smith, NuMu Inc.’s chief business officer; Corey Ross, president of Starvox Entertainment; and David Galpern and Charles Roy of Classical Theatre Project. Marlene Smith has produced live theatre for 55 years and is widely recognized for changing the face of Canadian theatre with the first Canadian production of CATS, which ran simultaneously in Toronto and on Broadway.

“We are thrilled to bring such an iconic show back to Toronto. It is a particular honour to be working with Marlene, who has made an indelible mark in Canadian theatre,” said Ross. “We’re excited to introduce CATS to a new generation of theatre-goers and offer fans a chance to re-visit a favourite musical.”

Directed and re-imagined by Dave Campbell, a theatre and television director who has helmed various productions of the show across Canada and the U.S., with choreography by Gino Berti and musical direction by Lona Davis, the new production will feature multimedia design against an innovative new set designed by Tim Webb. The creative and producing teams auditioned more than 400 artists to assemble a sensational all-Canadian cast – for the first time in almost 30 years.

Based on T.S. Eliot’s Old Possum’s Book of Practical Cats, with music composed by Andrew Lloyd Webber, CATS tells the tale of a tribe of cats called the Jellicles and their night of junkyard follies. The