TORONTO ARTS NEWS
And for once it's good.

This morning at City Hall Claire Hopkinson, Director and CEO of Toronto Arts Council announced the release of two exciting new grants programs to a packed room crowded with artists and arts leaders,

business patrons of the arts, politicians, and the media. The total investment represents $800,000 in new arts funding over the next two years, and is only a portion of new funding that TAC will be offering.

Toronto Arts Council will invest $300,000 to support thirty youth arts projects through a new strategic partnership with ArtReach Toronto. Through this strategic partnership, both Toronto Arts Council and ArtReach Toronto will focus on increasing access and opportunity for cultural participation for all youth regardless of age, ethnicity, ability, sexual orientation, geography or socioeconomic status. 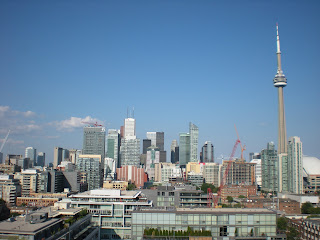 Toronto Arts Council also announced a contribution of $500,000 over the next two years to artsVest, a matching incentive and sponsorship training program for small and mid-sized arts and culture organizations was developed by Business for the Arts. Launched in 2002, the artsVest program helps arts and culture organizations form funding partnerships with the business community by providing them with matching incentive funds, in-depth sponsorship training and community networking events. The TAC commitment to the artsVest program is being matched by a $500,000 ($250K per year) grant from Canadian Heritage. The second grant announced today is a contribution of $800,000.

priorities and longer term programs and goals. This report was created following the City of Toronto’s unanimous vote (April 4, 2013) to allocate a $6 million increase to arts and culture funding, from revenues generated through the Billboard tax, $4 million of which is directed to Toronto Arts Council’s grants program. This is an important first step towards realizing the City's commitment to $25 per capita arts funding.
arts funding in toronto arts funding models arts in toronto arts training program toronto arts council