• Check out all dates & buy the CD at the link 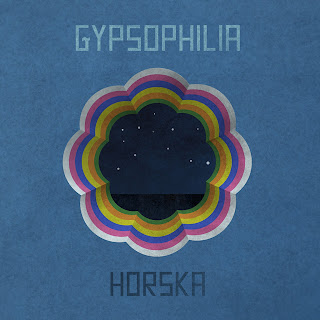 The club is packed. There’s dancing on the tables, a line around the block. The guitars are blazing, the fiddle and trumpet blasting, reviving the days when jazz music was actually meant for getting down.

It’s just another hot night in Halifax for Gypsophilia. The band has all the exquisite, requisite chops as they sway or romp through gypsy jazz-inspired originals. But a performance often involves handstands and flips (as ceiling clearances allow), or an impromptu jam based on a small-town audience madly chanting the violinist’s name. It’s music meant to get people moving, as irreverent as it is virtuosic.

“Instrumental music can be harder for people to connect with,” explains guitarist (and back-flipping martial artist) Ross Burns. “It can be a challenge to get emotionally vested for audiences, but we work really hard to connect actively, to grab them by the shirt collars and make them dance.” 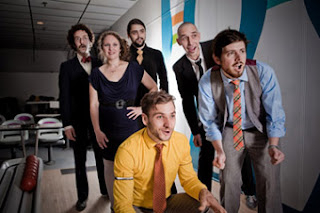 Born from the tight-knit, open-eared Haligonian scene, the sextet may have sprung full-blown from a jazz festival tribute to Django Reinhardt, but it has a quirky, almost restless love for trying anything and everything on for size: reggae and dub (loud and clear on the “Horska” remix), funk, klezmer, classical flourishes and rock drive. They can play major international jazz fests (including a freewheeling set in front of thousands at last year’s Montreal Jazz Fest), and then burn through slow jams at a high school prom (where the band unveiled its unprecedented jazz manouche cover of Boyz II Men’s “End of the Road”).

Now on their latest EP, Horska, and on their summer tour in the U.S., Gypsophilia will unleash a multifaceted, fun sound that dares listeners not to dance.