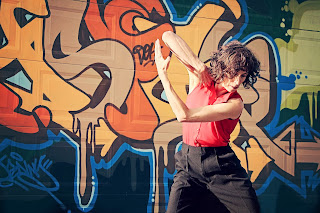 "The title, Escape Artist," says Moore, "refers to my delight at 'escaping' into the worlds of the dances I perform. My father called me 'fantasy girl' as a child and my vivid imagination continues to be a great ally to me as an interpreter. Each of these new solos by my astonishing creators takes me on a wild ride. I aim to expose the treasures I find in each moment of the dance and dare to share these moments with the audience." 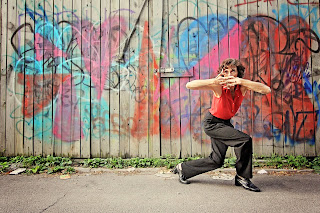 The artists Moore selected to work with are truly outstanding in every sense.

Christopher House has been Artistic Director of Toronto Dance Theatre for nearly two decades, and has received the Muriel Sherrin Award for International Achievement in Dance and the Toronto Alliance for the 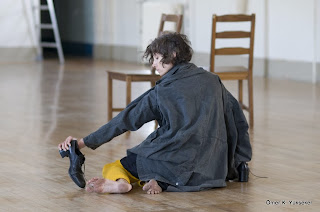 GADFLY has taken the Ontario arts community by storm. Their recent production of Klorofyl was awarded a Dora Award for Outstanding Performance and has toured across Ontario. Their unique ability to fuse modern sensibilities with urban dance forms led to their being named Breakout Performance of 2011 (for Klorofyl) by Paula Citron in the Globe and Mail.

Claudia Moore herself was nominated this year for a Dora Award for 'Outstanding Performance - Ensemble' as part of Coleman Lemieux & Compagnie's From the House of Mirth.

Sparked by the connection between Moore and each of her esteemed choreographers in the studio, the solos have no pre-determined theme or restrictions, but are a result of the distinctive relationships she has 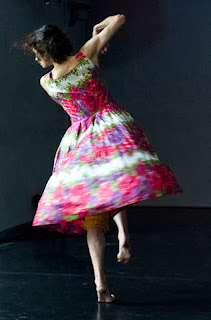 with each of these celebrated artists.  With the passion and commitment of a lifelong dancer, Moore revels in the challenges these solos present to her at this stage of her career as she looks to courageously expose both the dark and light of her life experiences. "What comes up is unpredictable. I just hope I can stay on my feet," she says light-heartedly.

Claudia Moore has been creating and performing movement for theatre, film, multi-disciplinary collaboration and her own dance theatre productions since the late 1970s. As Artistic Director of Moonhorse Dance Theatre, she curates the company's Older and Reckless series featuring dance artists over 45, as well as emerging dancers in Old & Young and Reckless Together. One of Canada's most celebrated contemporary dancers, Claudia has been performing since the early 1970's with the National Ballet of Canada, Toronto Dance Theatre and the Desrosiers Dance Theatre before establishing her own company. In 2009, the Young Centre for the Performing Arts presented her and Dan Wild in an evening of new work choreographed by James Kudelka and Tedd Robinson called Dances in a Small Room. Moore recently appeared in Kudelka's acclaimed From the House of Mirth presented by Coleman Lemieux (for which she was nominated as part of the ensemble for a Dora Award for Outstanding Performance-Ensemble), and in June 2013 launched Cloud 9 along with Sylvie Bouchard and Karen Kaeja. 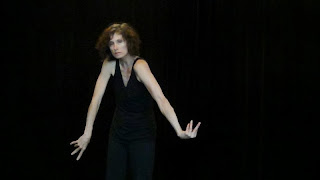