• Get the CD here 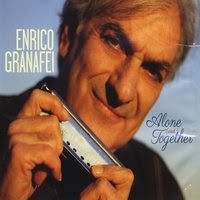 Toots Thielemans, has distinguished himself for his solo playing with Hands-Free Chromatic Harmonica and guitar, something that nobody had ever done before in jazz. As guitarist Bucky Pizzarelli said: "What he does playing two instruments at the same time is truly amazing."

Granafei's first solo CD, In Search of The Third Dimension on Miles High Records, earned wide acclaim. The CD was done without any overdubbing using the HFC (Hands-Free Chromatic harmonica) and a nylon string guitar. The HFC, invented by Vern Smith, is a simple and ingenious device that allows Granafei to play two instruments at the same time by pressing the mouthpiece down with his lips instead of pushing the slide with his finger.

Alone (and) Together takes Granafei's unusual technique a step further through the use of the DB guitar. The instrument - a combination of bass and guitar invented by Italian guitarist Nico Di Battista - makes Granafei sound like a small combo playing 3 instruments at the same time.  The title of the CD Alone (and) Together also refers to the famous standard Alone Together.

Enrico Granafei has a long history of musical experience that encompasses both classical music and jazz. He received his degree in classical guitar from the Conservatory of l'Aquila in Italy in 1976 and his artistic career 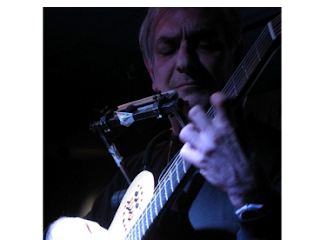 started in Rome where he soon became known in the musical community.  In 1978 Granafei moved to Germany where he began to perform and to teach in two different music schools. In the early 1980s, after returning to Italy, he started to broaden his horizons by discovering jazz through the harmonica. Following in the tradition of the legendary Toots Thielemans, he began to explore new possibilities for the harmonica, an instrument too often associated solely with rock and blues. In addition to playing in the best jazz clubs in Italy during that period, Granafei performed regularly on national television where he was a member of the Pippo Caruso Orchestra.

His love for jazz led him to New York City, where he soon started to perform in local jazz clubs including The Blue Note, Birdland, Visiones, Angry Squire, and the Bottom Line. He has performed extensively on the 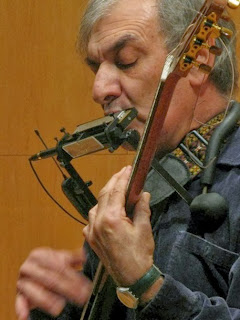 chromatic harmonica in the United States and continued to be a featured musician in major European Festivals, including Pori Jazz Festival (Finland), Euromeet Jazz Festival (Italy), other jazz festivals throughout Italy and France, and major clubs throughout Europe. In 1992 Granafei received his master's degree in Jazz Performance from the Manhattan School of Music where he was the only student of Toots Thielemans.

Granafei has been the owner and musical director of the prestigious Trumpets Jazz Club in Montclair, New Jersey since 1999. He continues to perform at that venue and at other jazz venues throughout the United States and Europe, as well as to record as a leader and sideman on CDs with Marc Johnson, Eliot Zigmund, Eddie Gomez and Ted Curson, among others, and is featured on Nnenna Freelon's CD "Tales of Wonder" (Concord Records).  One of the most respected players of the Chromatic Harmonica in the world today, Granafei continues to cultivate an audience for the instrument through his international performances.  As jazz pianist/historian Lewis Porter says: "This could be the start of something big for harmonica players everywhere."