• Full Details at the link 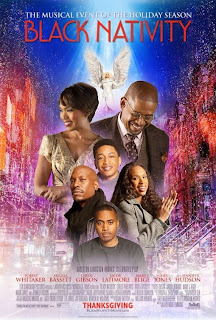 Meet the team from the New York State Governor's Office of Motion Picture and Television Development workshop on all the things New York State has to offer-tax credits, location scouting assistance, finding stages and crew, and more. Unlike standard panels and Q&A sessions, the dais, podium and microphones will be removed to enable participants to engage in a genuine free-flowing exchange of ideas relating to filmmaking in New York State. Whether you're a first time filmmaker wondering where to start or a veteran producer looking to catch up on the latest, this informal face to face Q&A is an invaluable opportunity to Meet Team New York and hear firsthand about all the resources that are available to you.

*Special Note—In addition to on-line purchase, the Screening Tickets and Festival Day passes will also be sold at this festival location.


Friday, November 22nd
12:30-2:00pm "Master Class with Keith Clinkscales: The Path to to becoming a Media Mogul"
CEO-Chief Executive Officer at Revolt TV and CEO & Founder at The Shadow League
A rare opportunity to learn the do's and don'ts in becoming a Media Mogul. A once in a lifetime chance to get insider information from a Legendary Mogul!
Hosted by: Raqiyah Mays, Entertainment Editorial Director, The Shadow League; CEO & Founder of Broadway Night Out.

3:00pm-4:00pm “Neema Barnette’s Black History Mini-Docs” Special Screening
Legendary Producer and Filmmaker Neema Barnette (Civil Brand, Women thou Art Loosed: On The 7th Day) presents Black History Mini Docs. These are a fast and entertaining way to educate young and old about the varying contributions of Blacks in American history. Think of it as the "Cliff Notes" for the digital

age. Barnette teams up with her husband Reed R. McCants (Cuttin’ Da Mustard), also an award winning filmmaker. Reed brings his unique style of storytelling to chronicle the many contributions and achievements of the African-American throughout history.

The series will feature the stories of Martin Luther King Jr., Adam Clayton Powell Jr., Thurgood Marshall, Nat Turner, Harriet Tubman, Madam CJ Walker and Malcolm X along with great living legends like Muhammad Ali, Angela Davis and Harry Belafonte. Contemporary heroes like Tupac Shakur will be included as well as everyday un sung heroes in the Black community who have devoted their life’s work to upholding the race and giving back. Black Mini Docs is designed as a crash course in Black history. It meets the demands of our fast paced digital age by using quick cuts and cinematic savvy. Designed for easy access, the series can be used as an application on smart phones, computers and all media outlets.  Black History is a commercial for REAL HISTORY. Later sets will include: Writers, Actors, Producers, Novelists, Playwrights, Journalist, inventors, Politicians, Activist, Freedom Fighters, Musicians, Composers, Scientists, Inventors and Unsung Heros whose sacrifice and deserve tributes.

Created & Directed by Ron Elliot
Ron Elliot's veneration of story enables him to manage all aspects of a project from development through post-production.  Not only is Ron the creator, writer, director for The Lost Book of Rap but he has also Produced and directed a Hurricane Sandy documentary called Heart of The Shore as well as he is currently producing and directing Respect the Jux.

Cordelia Donovan-Publicist/Producer
Cordelia is a well respected publicist landing placements in all major news publications such as WSJ, New York Times, ABC, NBC, Fox and many more for a diverse set of brands and corporations.  Due to her love of film and her uncanny ability to mobilize she decided to try her hand at producing independent films. Within one year of adding this role, she has produced The Lost Book of Rap, a Hurricane Sandy Documentary called Heart of the Shore and is currently in production on a best selling book published by Simon & Schuster called Respect The Jux by Frank C. Matthews. 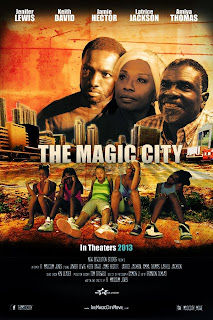 *Special Note—In addition to on-line purchase, the Screening Tickets and Festival Day passes will also be sold at this festival location.