Toronto – The Canadian Opera Company opens its 2013/2014 winter season with Così fan tutte (or The School for Lovers), Mozart’s wry comedy about romantic love, fidelity and temptation. Sung in Italian with English SURTITLES™, the COC’s Così fan tutte comes to the Four Seasons Centre for the 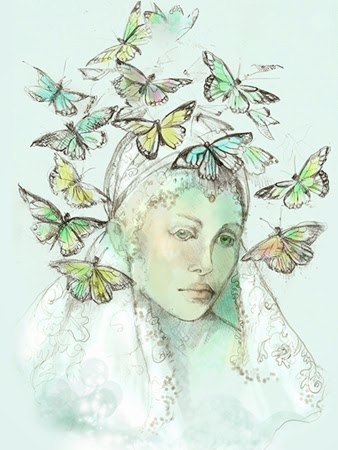 Renowned Canadian director and filmmaker Atom Egoyan directs and COC Music Director Johannes Debus conducts this new COC production full of farce and folly.  Egoyan’s staging of this popular Mozart opera celebrates the common human experience of joyful, innocent love while also exploring deeper, more private complexities. Taking his inspiration from the opera’s subtitle, The School for Lovers, Egoyan sets the action in an academy where love is examined, dissected and manipulated to illuminate the characters’ struggles with fidelity and temptation. Debus leads the internationally acclaimed COC Orchestra and Chorus through Mozart’s sublime score.  In addition, the sections of recitative in the opera will be accompanied by Debus on piano.

Cast as the two sisters entangled in an explicit wager to test their faithfulness are two Canadians, and recent graduates of the Metropolitan Opera’s Lindemann Young Artist Program. Soprano Layla Claire (COC debut), hailed for her interpretation of Mozart in performances across North America and Europe, is Fiordiligi. COC Ensemble Studio graduate Wallis Giunta, praised by the New York Times for her “chocolaty and penetrating mezzo-soprano voice,” is Dorabella.

Singing the roles of the sisters’ fiancés are two of the most exciting young male voices emerging on the world’s leading concert, recital, and opera stages. American tenor Paul Appleby (COC debut), also a recent graduate of the Metropolitan Opera’s Lindemann Young Artist Program, is one of the most inspiring new voices of his generation and sings the role of Ferrando. COC Ensemble graduate 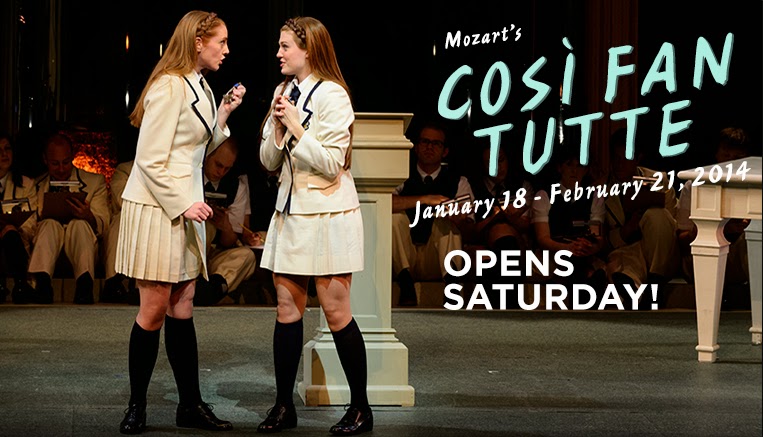 bass-baritone Robert Gleadow, who has continued to make his mark on the operatic and concert stages around the world since his graduation from the Jette Parker Young Artists program of the Royal Opera House Covent Garden, is Guglielmo. As Despina, soprano Tracy Dahl helps instruct the young women in the ways of love and fidelity. Over the course of her career, Dahl has appeared on the operatic world stages of La Scala, the Metropolitan Opera, San Francisco Opera, Houston Grand Opera, Santa Fe Opera, and the Châtelet in Paris, to name a few.

Baritone Sir Thomas Allen is the wily Don Alfonso, instigator of the fidelity-testing scheme. An established star of the great opera houses of the world, Sir Thomas Allen recently celebrated the 40th anniversary of his debut with Royal Opera House Covent Garden, where he has sung no fewer than 50 roles. Equally renowned on the concert stage, he appears in recital in the United Kingdom, throughout Europe, in Australia and United States and has performed with the world’s greatest orchestras and conductors, with many acclaimed recordings to his name.

Award-winning set and costume designer Debra Hanson makes her COC debut with Così fan tutte, drawing inspiration directly from the action of the opera, and tying the opera’s themes to a visual design that is at once period-specific and historically fluid. Michael Walton, whose work has been seen with opera and theatre companies across Canada and the United States, makes his COC debut as the lighting designer.

About Così fan tutte
Often described as Mozart’s most perfect score, Così fan tutte features some of opera’s grandest music for ensembles as well as breathtakingly beautiful arias. Così fan tutte premiered in Vienna in 1790. Due to some critics finding its subject matter too scandalous, the opera was rarely performed in subsequent years and only started to gain in popularity in the middle of the 20th century. It’s now one of the most popular operas across the world.

Così fan tutte was last performed on the COC mainstage in 2006.

TICKET INFORMATION
Single tickets for Così fan tutte are $12 – $332 (includes applicable taxes). Tickets are available online at coc.ca, by calling 416-363-8231, or in person at the Four Seasons Centre for the Performing Arts Box Office, located at 145 Queen St. W.