Performance for the Adventurous: The 35th Annual Rhubarb Festival February 12 to 23 2014 in Toronto 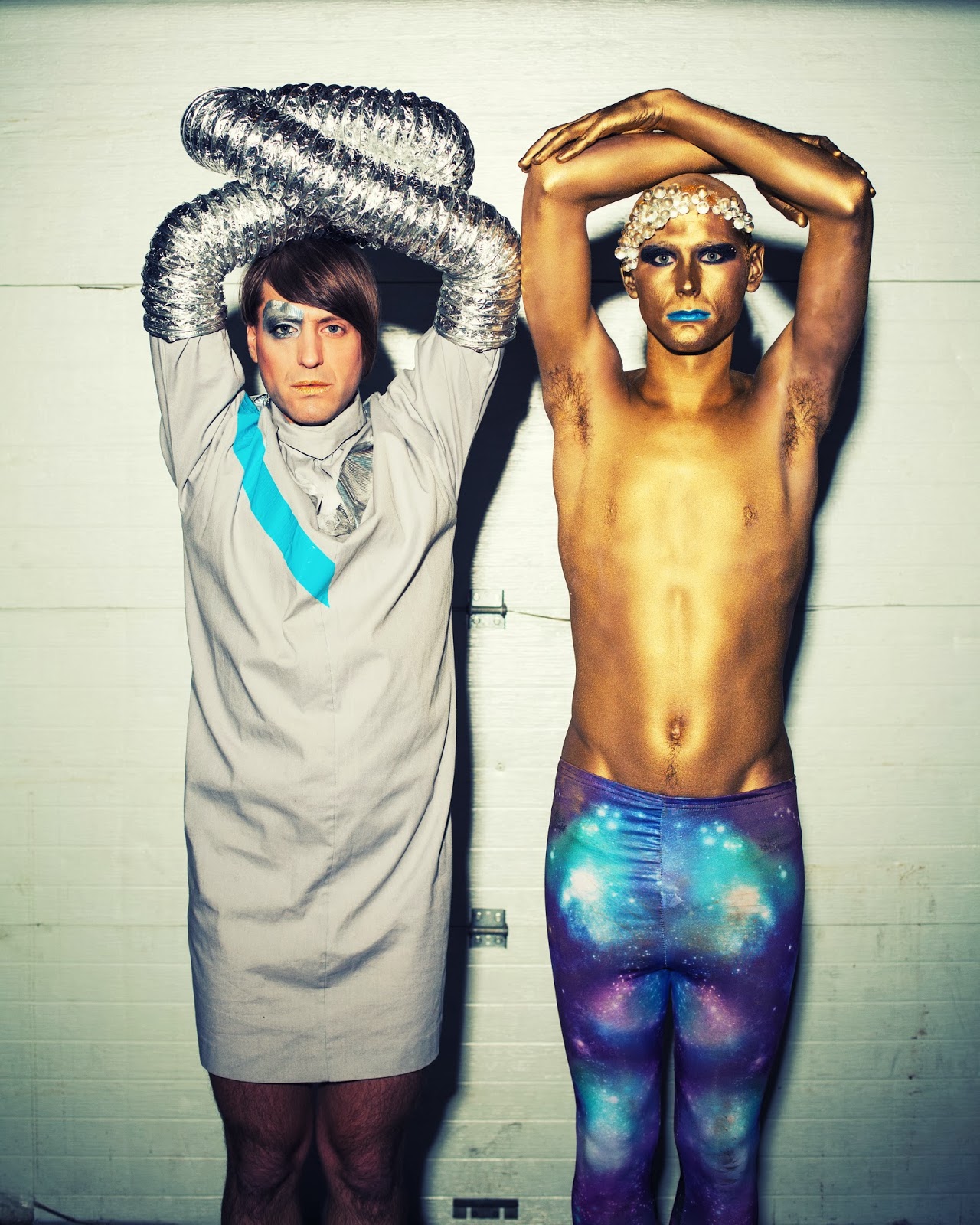 • THE FULL SCHEDULE OF EVENTS IS AVAILABLE ON-LINE AT BUDDIESINBADTIMES.COM/RHUBARB

TORONTO - For two weeks, over 100 artists transform Buddies into a hotbed of experimentation, sharing new experiments in contemporary theatre, dance, music, and performance art with adventure-loving audiences. Now in its 35th year, Rhubarb is the place to see the most adventurous ideas that artists have to offer and to catch your favourite performers venture into uncharted territory.

As the festival marks its 35th anniversary, Rhubarb will examine its past, imagine its future, and celebrate the incredible community of queer artists and spaces that have developed around it. This is all the more timely in light of a recent decision by the Department of Canadian Heritage to withdraw funding for the festival after years of support, without explanation.

On this year’s programming, festival director Laura Nanni remarks, “For me, Rhubarb is about forward momentum.  While honouring the 35th year of this festival with works that unearth and remix elements of our past, it has been a priority to persist in making space for our artists and audiences to fearlessly question our current conditions and radically envision possibilities for the future.  This 35th year of Rhubarb promises to be as loud, boundary pushing and epic as ever!” 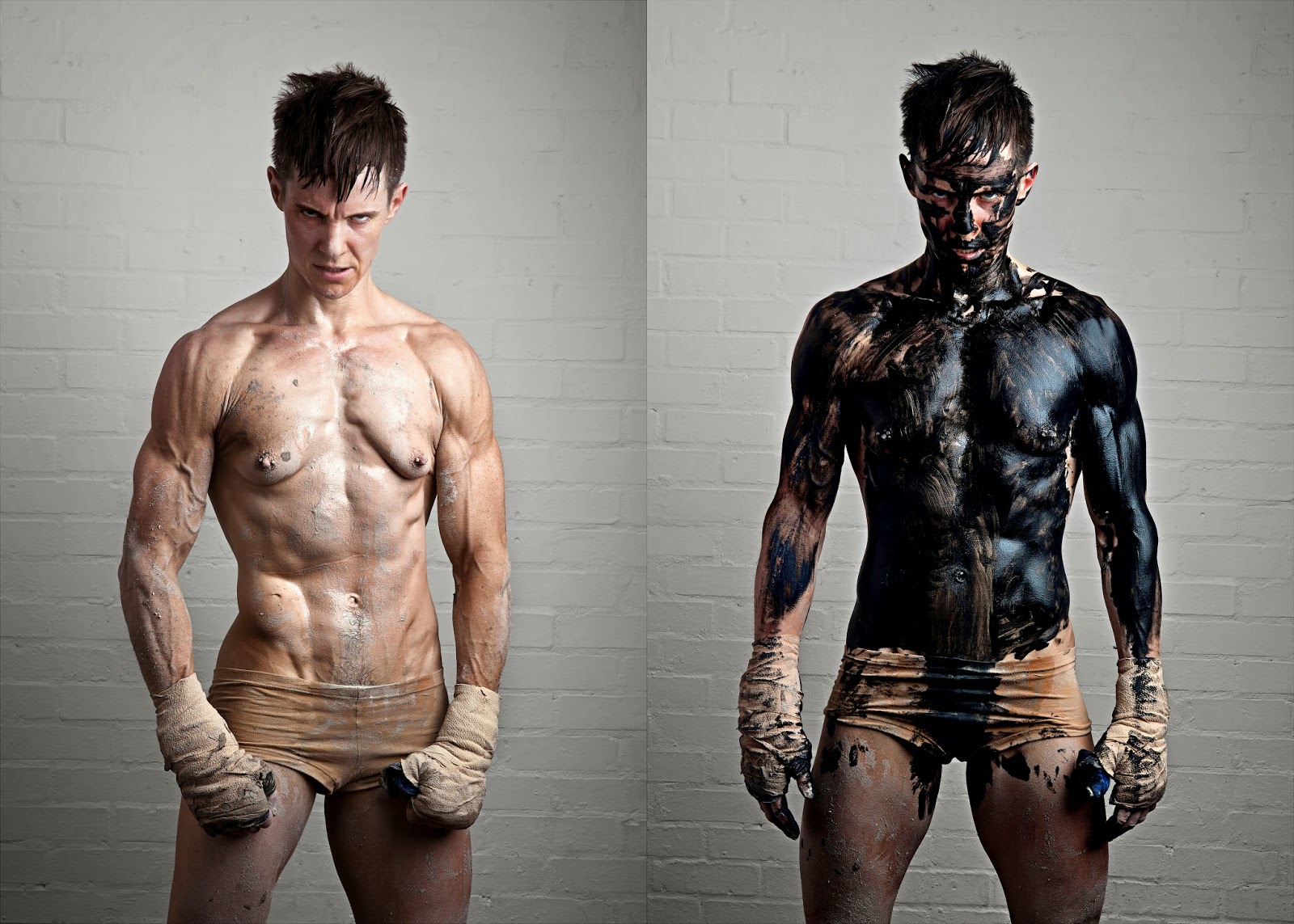 Here are some of the highlights from this year’s festival. For a complete line-up visit buddiesinbadtimes.com/rhubarb

FESTIVAL KICK OFF WITH HEADLINING PERFORMANCE FROM HEATHER CASSILS
Performance artist Heather Cassils launches the festival with a special presentation of their haunting, visceral performance piece, Becoming an Image – February 12 at 9:30pm.

A trained body builder and internationally celebrated artist, Cassils has been presented by major art festivals across Europe and North America since bursting on to the scene in 2007. Their work brazenly challenges assumptions about gender and pushes the physical body to its most extreme limits through an innovative combination of strength training and striking physical imagery. Originally from Montreal, Cassils now resides in Los Angeles where their work was recently named one of the Solo Exhibitions of the Year at the 2013 MOTHA Art Awards. 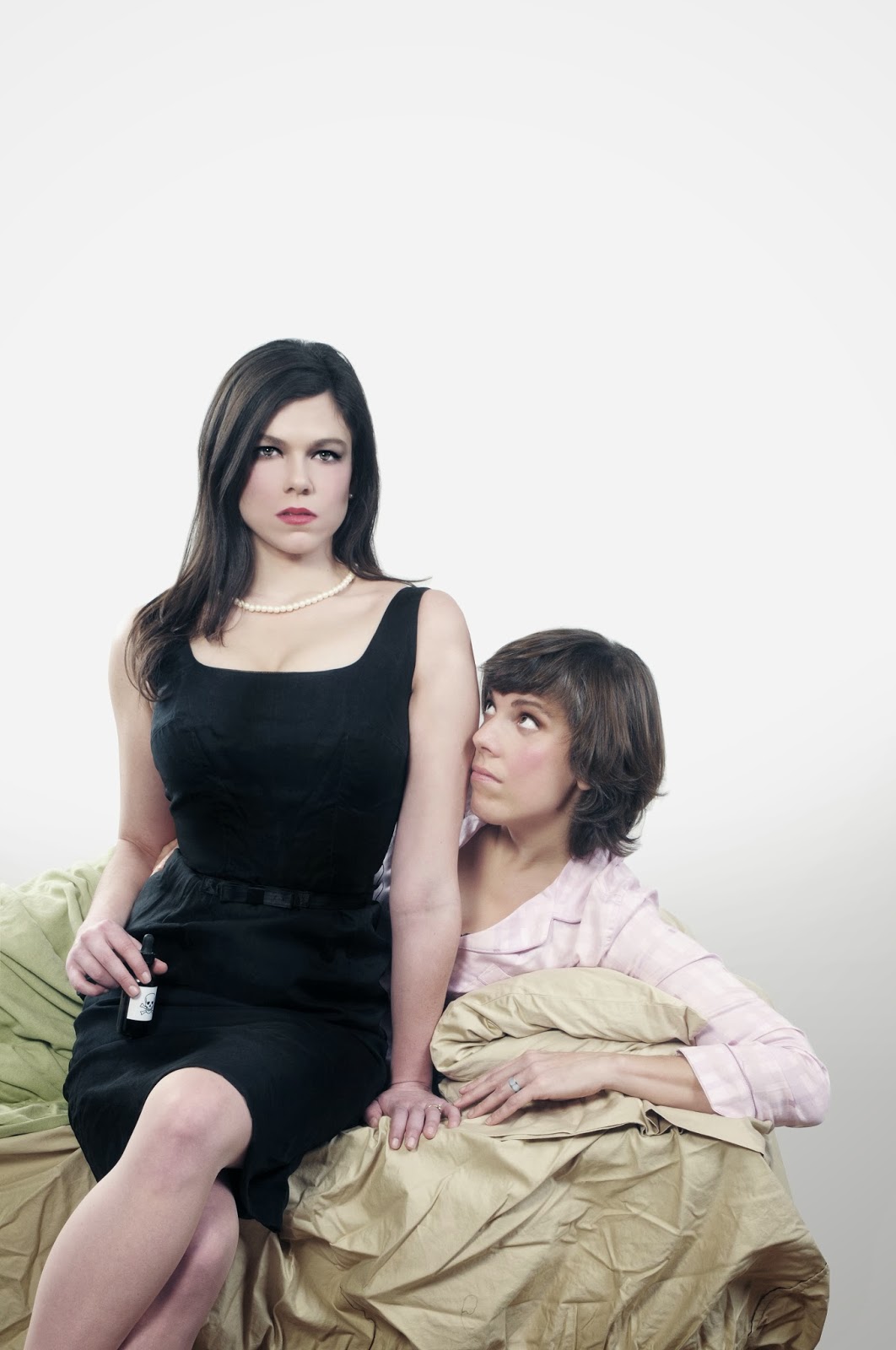 Cassils’ appearance at The Rhubarb Festival is a unique chance for Toronto audiences to see one of the most daring and sought-after performance artists in the world, in an unforgettable performance that pits the artist’s brute strength against a 1,000 pound block of clay.

ARTISTS FIND CREATIVE WAYS TO MARK THE FESTIVAL'S 35TH ANNIVERSARY
The highlight of the festival’s anniversary celebrations is a pair of late night cabarets that celebrate the accomplishments of the past and imagines possibilities for the future.

RHUBARB CREATES AN ARTISTIC NETWORK BETWEEN THE CITY'S LGBT SPACES
Toronto is home to five of the largest and oldest queer institutions in the world. This year, Rhubarb opens up these places to the public with a series of free events that celebrate their ongoing impact on our city.
- At Pink Triangle Press, members of indie company lemonTree creations present the latest instalment of their ongoing investigation into the seminal queer newspaper The Body Politic.
- At the Glad Day Bookshop, Gein Wong curates a series of intergenerational exchanges as queer elders give the audience gifts in the form of stories and memories from Toronto’s queer history. 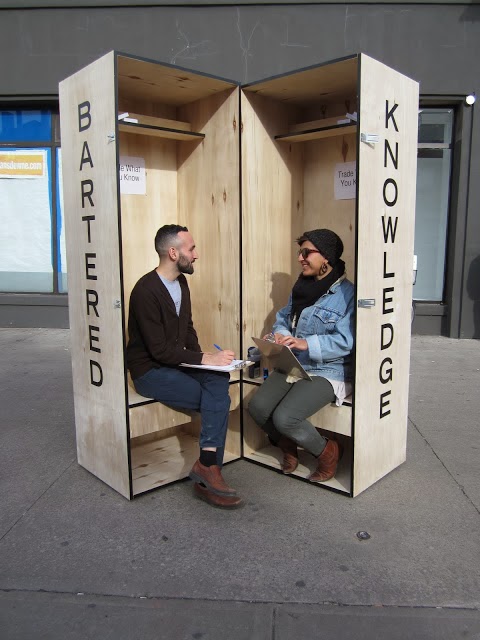 - At The 519 Church Street Community Centre, Golboo Amani sets up The School of Bartered Knowledge where passersby can offer what they know in exchange for something they don’t.
- At the Canadian Lesbian and Gay Archives, sound artist Christopher Willes hosts a 24-hour listening party, starting February 21 at 6:00pm, as archived audio materials are recaptured, digitized, and broadcast live into the neighbourhood.
- Buddies also comes alive on the opening night of the festival, with new projects from Alvis Parsley, Evan Tapper, Paul Couillard & Ed Johnson, Birdtown and Swanville, Mark Reinhart, and Kathrin Whitehead that animate unusual spaces inside the queer theatre’s historic home at 12 Alexander Street.

BOLD NEW EXPERIMENTATIONS IN MUSIC
This year’s festival has attracted an eclectic group of artists working in the meeting place of performance and music to produce new musical experimentations that take the traditional concert into bold new territory.
- The Hidden Camera’s Maggie MacDonald offers up a high-camp sci-fi story about one woman trying to save our planet’s pop music after the earth is destroyed by aliens
- A new project from performance band Mortified (Jenn Goodwin & Camilla Singh) that revels in the musical possibilities of boxing, tap dancing, and cheerleading.
- A 19th Century rock-and-roll melodrama from Henri Faberge.
- Catherine Hernandez uses a music playlist to tell the story of her experience as a single mother and a queer femme of colour, in the first full-length presentation of her ongoing project The Femme Playlist – one night only, February 15 at 8:00pm.
- Light Fire’s Regina the Gentlelady (Gentleman Reg) presents her very first theatrical offering Do I Have to do Everything my Fucking Self – one night only, February 14 at 9:00pm. 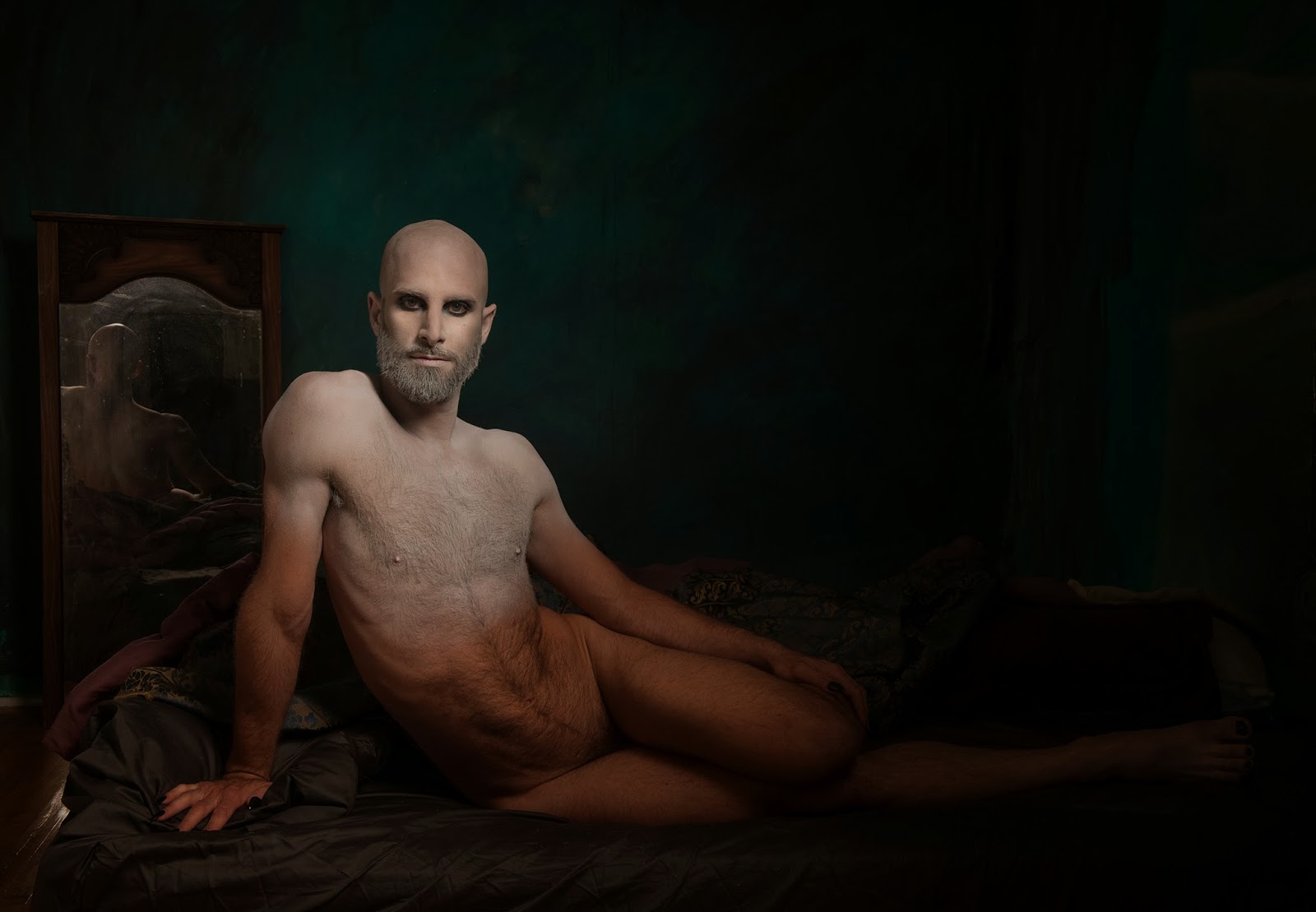