• Tickets & info for all shows

TORONTO - We're delighted to announce the lineup for the 12th Annual Asian Music Series. From April 5th through May 31st, we present ten events embracing the scope of music, new and old, from across the Asian cultural landscape. The series celebrates Asian and South Asian Heritage Month,

bringing together emerging local artists with legendary figures and communities from across the GTA to celebrate musical heritage. The series is generously supported by TD Bank.

As announced previously, it all starts with the great  Zakir Hussain and his Masters of Percussion project that hits the stage at Roy Thomson Hall on April 5th. It's coming up soon and tickets are moving, so now would be a good time to visit here to secure your seats. Those of you who were there for Zakir's last appearance in town with Shivkumar Sharma during last year's Asian Music Series, will remember what a magical concert it was. We've got a video that revisits that event and delves into some aspects of music and culture with two of the great artists of their generations. Well worth a look. 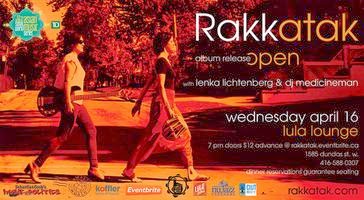 The series will end on a high note as well - we're now able to announce a major closing event, as the Sony Centre and Asian Music Series collaborate to present Shafqat Amanat Ali. One of the preeminent voices in South Asian music, Shafqat is a major star in the soundscape of Bollywood, contemporary fusion and semi-classical music. With his soulful voice, tremendous stage presence and a ten-piece backing band, he promises an electrifying performance. Tickets are on sale as of today, so you can be among the first in line!


The full lineup for the series looks like this: