Bboyizm delivers precise and mastered technique, explosive movement, synchronicity and individualism together - as well as a festive and communicative joyous spirit of movement, music and life. Bboyizm was founded by Crazy Smooth in 2004 with the vision of elevating and preserving the authenticity and essence of street dance and introducing it into the world of the performing arts. Drawing on his technical background in rocking and b-boying, Crazy Smooth created his first stage piece IZM in 2010 as an exploration into the very nature of artistic expression. DanceWorks presented it in 2012 where it earned a Dora nomination for Outstanding Production in the Dance Division as well as critic raves:

"Absolutely belongs on the mainstream professional stage. Bboyizm raises the bar of how hip-hop can make an artistic statement that it is more than just b-battles and dance-offsŠcarrying urban dance to the next level... Every one of the Bboyizm dancers is very talentedŠ Bboyizm is definitely going places as the dancers carve out a new frontier for urban street dance." - Paula Citron, The Globe and Mail, 2012

While IZM challenged audiences' expectations of both street dance and the stage, Music Creates Opportunity considers the intersection of rhythm, expression and community in the making of music and dance.

Smooth's previous study of traditional partnering and contact improvisation led him to conclude that street dancers express themselves in relationship to the music while "contact improv" dancers express themselves through a relationship with other moving bodies. The contrast between these two styles ignited his desire to explore the possibilities of partnering concepts and adapting it to his aesthetic. 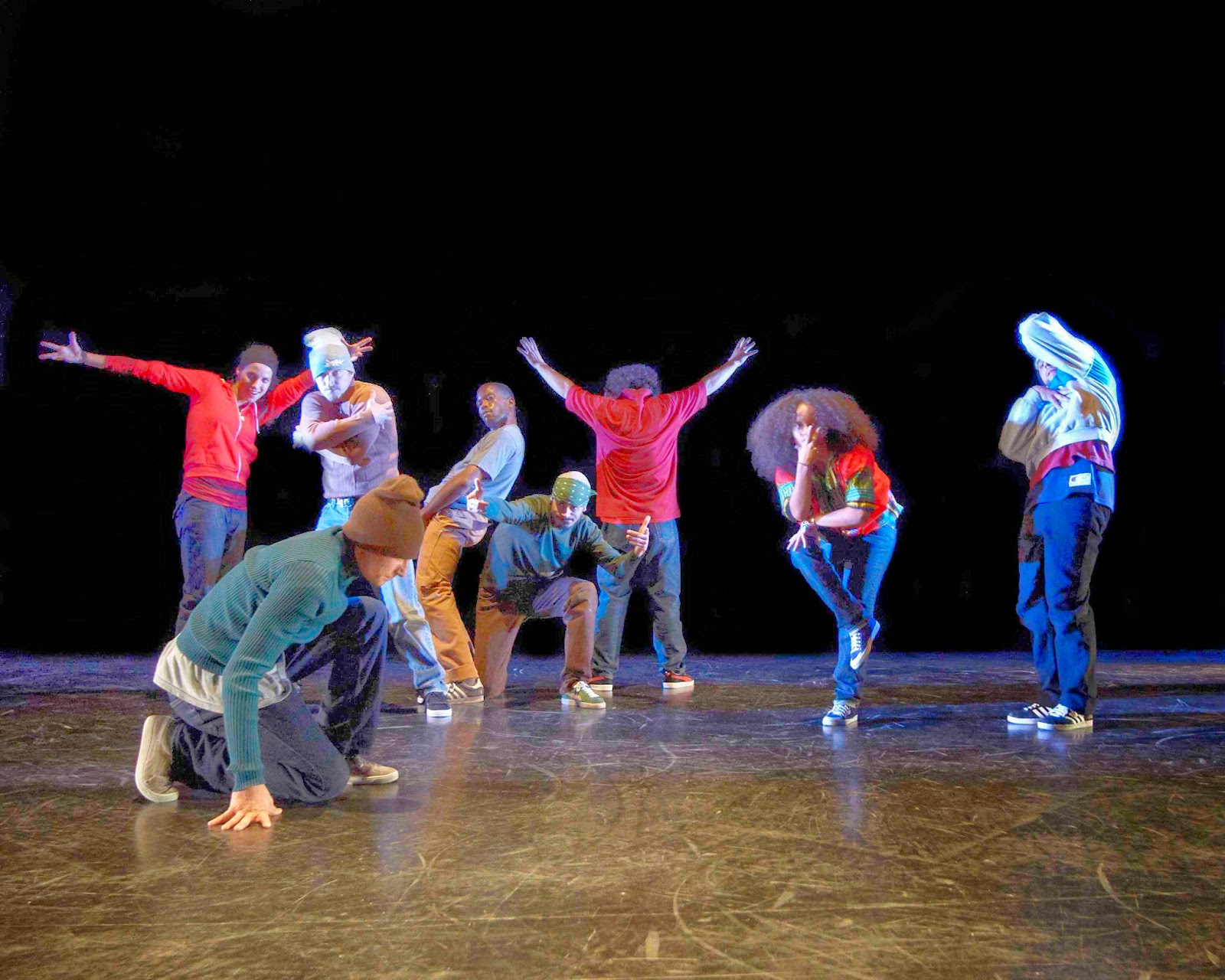 Music Creates Opportunity introduces his new concept of "Rhythmic Contact" into the vocabulary of street dance.

Music Creates Opportunity features traditional street dances including rocking, b-boying, house dancing and pantsula - a street dance from Soweto, South Africa - and showcases music as a universal language that offers a multitude of possibilities for expression. Whether the music is an external force or created by the dancers themselves, music is the critical link between dancers. Their environment becomes a theatre - sometimes harmonious, sometimes antagonistic - but always transformative. http://www.bboyizm.ca