Soup Can Theatre, safeword, and Aim for the Tangent Theatre proudly present 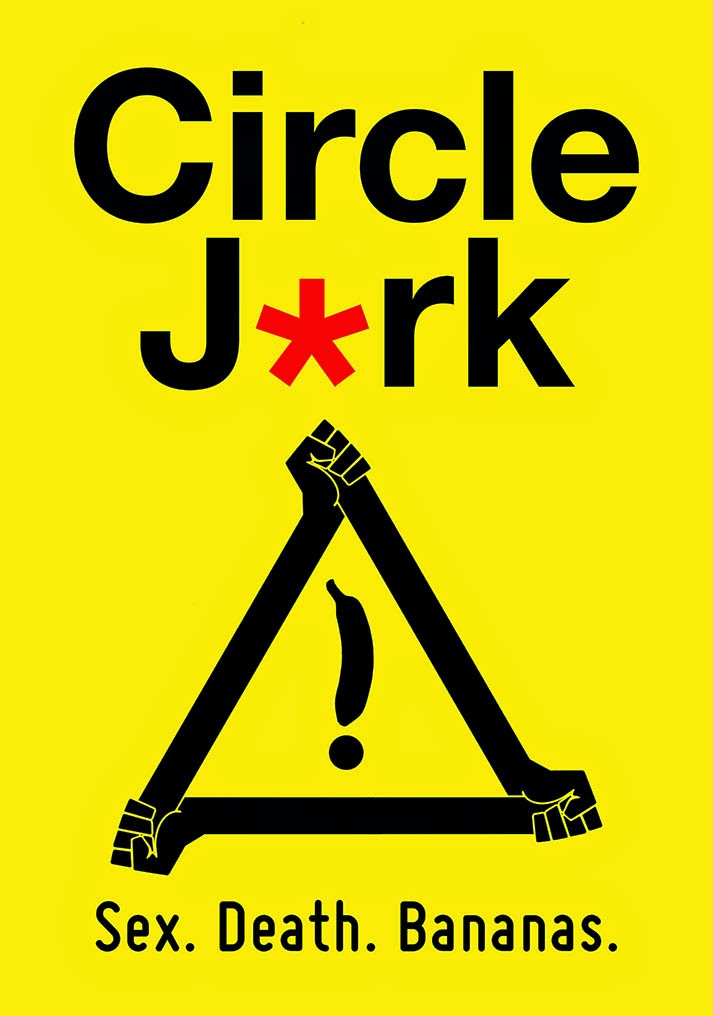 TORONTO - Soup Can Theatre, safeword, and Aim for the Tangent Theatre are proud to present Circle Jerk; one production, four new and provocative short plays written under unique constraints. This past summer, members of the public were invited to submit original snippets of dialogue that the participating playwrights would have to use as the opening and closing lines of their new creations. After receiving almost 300 submissions, four intriguing lines were selected and assigned to the writers:

“Subtlety is not your specialty.”
“What’s Bulgarian for slut?”
“I think it’s time we talked about your filthy rituals.”
“I fucking hate potatoes.”

As an added twist, each of the lines of dialogue were assigned to two playwrights in order to serve as both the closing line of one play and the opening line of the following play. This loosely interconnected and ultimately cyclical structure (with the first play starting and the last play ending with the same line) puts the “circle” in Circle Jerk. After an intense writing and production period, the end results are four diverse yet cohesive works backed by an impressive roster of talent: 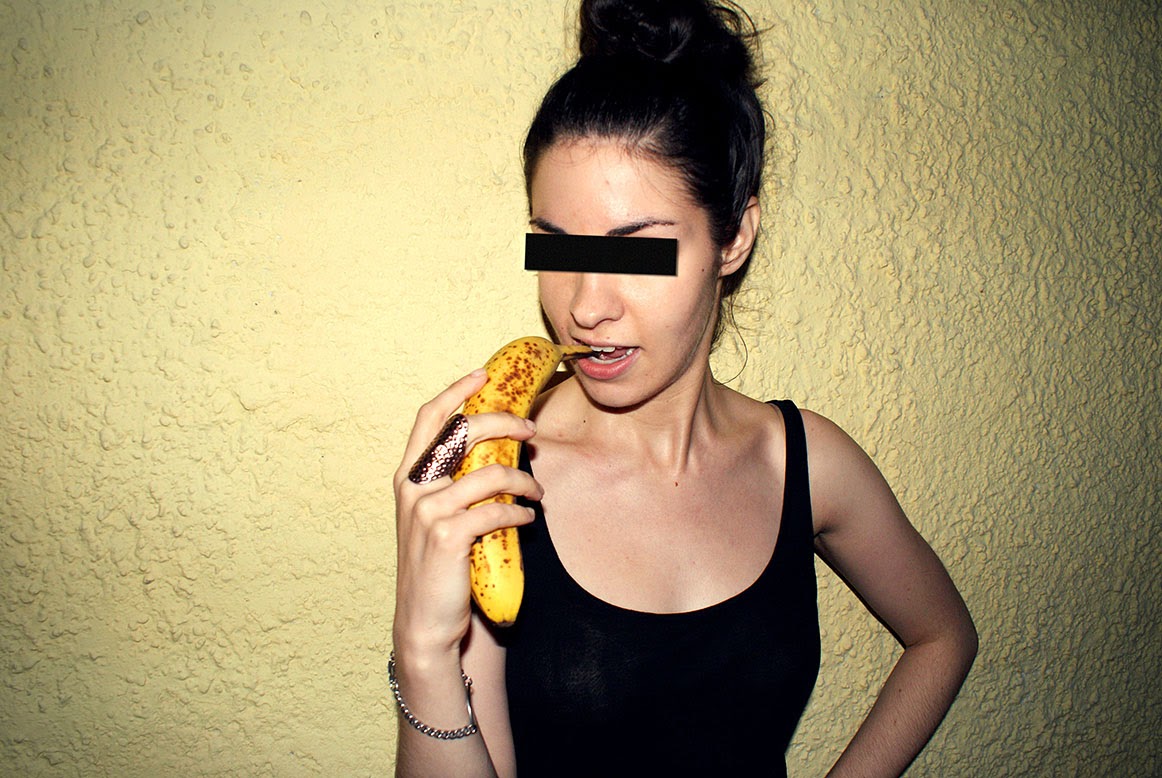 Can Sell 2, Soup Can Theatre - NOW Magazine Critics Pick: Best Ensemble) and Lisa Hamalainen (As You Like It, Humber River Shakespeare).

Maypole Rose by Brandon Crone (Donors, safeword - My Theatre Awards Winner: Best New Production); A quirky and salacious window into the imperfect life of a gay couple with an affinity for junk food, weed, and monkey sex. Starring Alexander Plouffe (As You Like It; Canadian Stage) and G. Kyle Shields (Sucker; Theatre Brouhaha).

The Session by Justin Haigh (Love is a Poverty You Can Sell, Soup Can Theatre - Best of Fringe); A dark comedy about a workplace therapist determined to crack open an antagonistic nuclear safety expert with more than just safety on his mind. Directed by Justin Haigh and starring Allan Michael Brunet (Marat/Sade, Soup Can Theatre; Wintuk, Cirque du Soleil) and Matt Pilipiak (Three Men in a Boat, Pea Green Theatre - 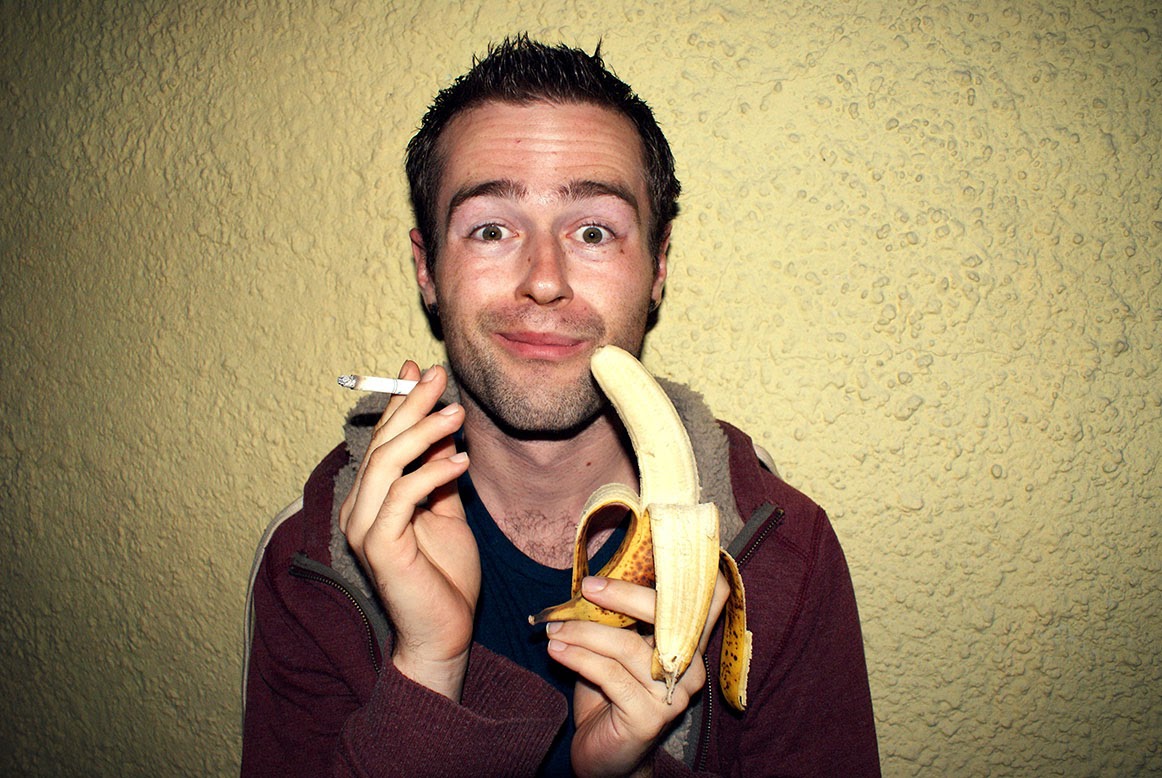 In addition to the four new theatrical works, four new short musical compositions ““ each inspired by one of the four lines of dialogue ““ will be performed by a live five-piece ensemble and serve as interludes between the short plays; Subtlety is not Your Specialty by Marla Kishimoto, What’s Bulgarian for Slut by Soup Can Theatre’s Music Director, Pratik Gandhi, and I Think it’s Time We Talked About Your Filthy Rituals by Peter Cavell.

About Soup Can Theatre: Soup Can Theatre is a Toronto-based company that strives to explore and comment on contemporary issues and societal challenges, and to offer audiences a theatrical experience that is both entertaining and enriching. Previous productions include Love is a Poverty You Can Sell (1 & 2), Marat/Sade, Antigone, and an opera/theatre double bill presentation of A Hand of Bridge & No Exit.

About safeword: safeword is an independent theatre company focused on producing original Canadian plays that embrace controversy, rawness, and realism. Previous productions include Turtleneck and Donors.

About Aim for the Tangent Theatre: Aim for the Tangent Theatre is a Toronto based theatre company with an interest in providing creative opportunities and mentorship for emerging artists, and finding innovative ways to tell old stories through the development of new work. Previous productions include Mature Young Adults, The Wakowski Bros., and Genesis and Other Stories.
canadian theatre musical theatre toronto theatre company toronto theatre scene