Bird Calls examines the influence of Charlie Parker through a 21st century jazz lens
The CD is out February 10, 2015 on ACT
Check out more about the Winter Jazz Festival

“To observe that Mahanthappa fused the incantatory phrase-making and exotic scales of Indian music with the free-wheeling improvisational spirit of American jazz would be an understatement. He's so thoroughly immersed in both worlds that he conjured up a startlingly original merger of the two.” “• Howard Reich, Chicago Tribune 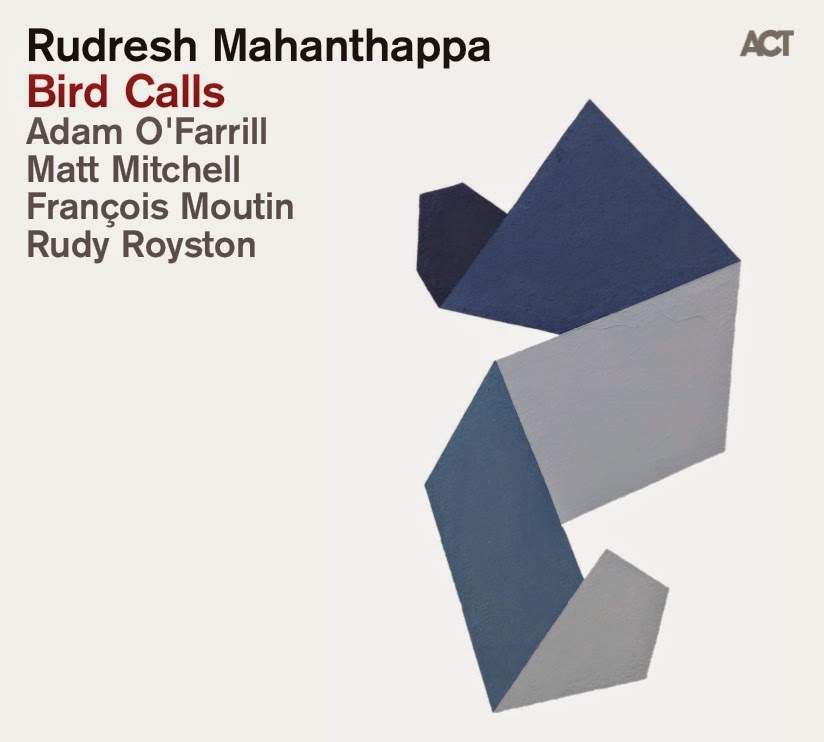 Through a series of critically acclaimed releases over the past decade, Rudresh Mahanthappa has explored the music of his South Indian heritage and translated it through the vocabulary of his own distinctive approach to modern jazz. On his latest release Bird Calls, available February 10, 2015 on ACT, Mahanthappa trains his anthropological imagination on an equally important cultural influence: the music of Charlie Parker. With a stellar quintet of forward-thinking musicians, which includes some long-time collaborators as well as trumpeter Adam O’Farrill, Mahanthappa offers an inspired examination of Bird’s foundational influence and how it manifests itself in a decidedly 21st-century context.

“It’s easy to say that Bird influenced modern music without dissecting that notion,” Mahanthappa says. “If I had any agenda for this album, it was to really demonstrate that. This music says, “˜Yes, Bird’s influence is absolutely indelible, and here’s why.’ This is music that is all directly inspired by Charlie Parker, but it sounds as modern as anything today.” The album is also a passion project for Mahanthappa, who counts Parker as one of his earliest and most enduring inspirations, saying, “Bird has always been a huge influence on me.” 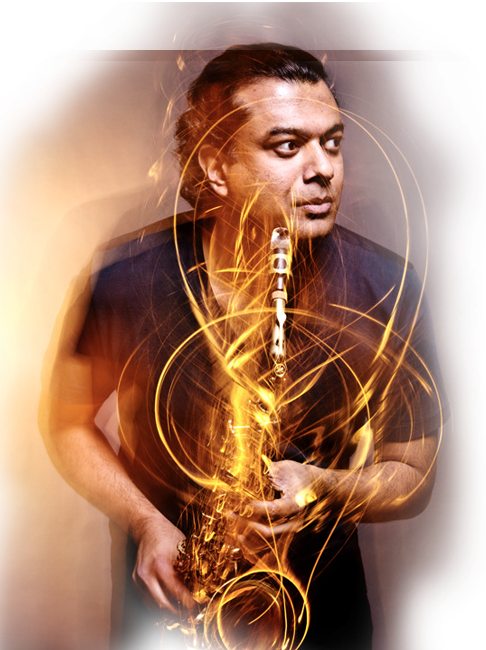 Though it pays homage to one of jazz’s Founding Fathers and arrives at the outset of Charlie Parker’s 95th birthday year, Bird Calls is not a tribute album in the traditional sense. There isn’t a single Parker composition to be found on the album, which consists entirely of new music penned by Mahanthappa for the occasion. But Bird’s DNA is strongly present in every one of these pieces, each of which takes a particular Parker melody or solo as its source of inspiration. Each is then wholly reimagined and recontextualized by Mahanthappa and his quintet which, in addition to O’Farrill (son of pianist and Afro Latin Jazz Alliance founder Arturo O’Farrill), features pianist Matt Mitchell (Dave Douglas, Tim Berne), bassist FranÃ§ois Moutin (Jean-Michel Pilc, Martial Solal), and drummer Rudy Royston (Bill Frisell, Dave Douglas).

Take the most obvious example, “Talin is Thinking,” whose title is both a play on “Parker’s Mood” and a loving dedication to Mahanthappa’s two-year-old son. The familiar melody of “Parker’s Mood” is essentially intact, but it is transformed into a more somber, serpentine piece by the removal of Bird’s syncopated rhythmic approach. Less immediately recognizable but similar in approach is “Chillin’,” which asks the instrumentalists to navigate melodies derived from Parker’s “Relaxin’ at Camarillo” both in the written material and in their solos.

“Bird’s solos and heads were very advanced harmonically and rhythmically,” Mahanthappa says. “They’re as cutting edge as anything today, and I always feel like we take that for granted as jazz musicians. We know the melody to “˜Donna Lee’ and we know these classic solos like we know “˜Mary Had a Little Lamb,’ but what if we were to dig deeper? If you take an excerpt of one of his solos in isolation, it’s like 21st-century classical music, with a really modern way of thinking about rhythm and melody and harmony.”

“On the DL,” for example, dissects the melody of Parker’s classic “Donna Lee” and builds an entirely new melody on that foundation. The piece is marked by Mahanthappa’s intricate melodicism and vigorous, shape-shifting rhythmic approach; he and O’Farrill weave their lines together in a spirit that wouldn’t feel unfamiliar to Dizzy and Bird, even if the material itself would certainly sound startling to 1940s ears. Mahanthappa describes the even more breakneck “Both Hands” as “Bird’s melody from “˜Dexterity,’ but with all the rests removed,” and it’s every bit as electrifying as that description implies.

Like countless other pieces before it, “Sure Why Not?” sets an original melody against the harmony of Parker’s “Confirmation,” then disguises its source further by slowing the usually brisk tempo to a tart ballad. “Maybe Later” focuses on Parker’s rhythmic originality, changing the notes to the saxophonist’s famed solo from “Now’s the Time” while keeping the rhythm intact. “Gopuram,” with its Indian raga feel, takes its name from the tower at the entrance of Hindu temples as a play on “Steeplechase” (after prayer, Hindus often circle the temple several times, akin to the circular route of the titular race). The album closes with “Man, Thanks for Coming,” loosely based on “Anthropology.” The CD is punctuated by a series of miniatures called “Bird Calls,” solo, duo and group introductions that allow for more open explorations of the compositions’ thematic material. 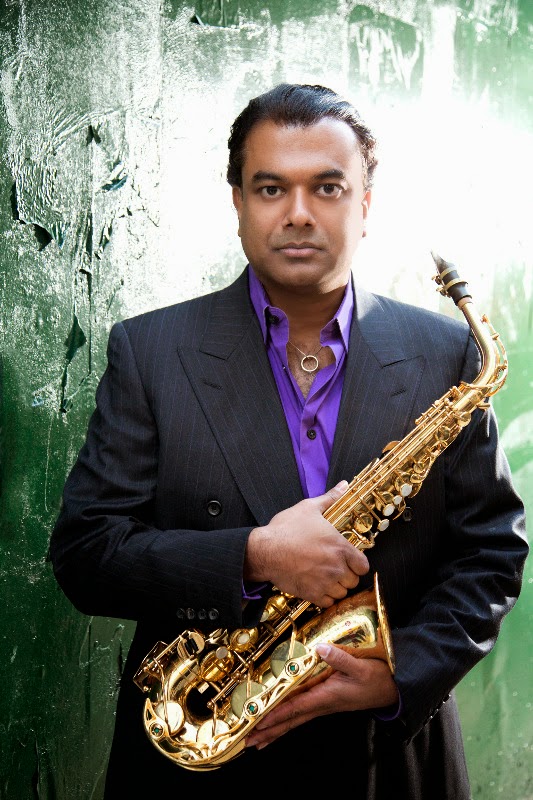 Charlie Parker was a key influence for Mahanthappa from the time a junior high music teacher handed him the Parker album Archetypes along with a copy of Jamey Aebersold’s well-known collection of transcriptions, the Charlie Parker Omnibook. “I was blown away,” he recalls. “I couldn’t believe the way he was playing, gorgeous with so much charisma and flying all over the horn. I think hearing Charlie Parker was what planted the first seeds of wanting to do this for the rest of my life. It was very powerful.”

Poring over the transcription book, which listed catalogue numbers for the compositions but not album titles, the young altoist noticed that nearly half of them were accompanied by the label Savoy 2201. Not long after, while searching the bins at a local chain record store, he spotted a copy of the collection Bird: Master Takes ““ and there, on the spine, was the magic number: Savoy 2201. He describes the moment as “like finding the Holy Grail.”

Despite the stunning array of influences that have impacted his playing since that time, Parker has always remained an overweening inspiration. “If I ever feel uninspired or down I can always go back to Charlie Parker,” he says. “That always makes me feel invigorated and joyful about playing jazz and playing the saxophone. I always say that what I play still sounds like Bird, just a little bit displaced. It’s coming from the same language and the same foundations. I feel like I’ve always been playing Bird.”

Hailed by the New York Times as possessing “a roving intellect and a bladelike articulation,” Rudresh Mahanthappa has been awarded a Doris Duke Performing Artist Award, a Guggenheim Fellowship, a New York Foundation for the Arts Fellowship, and commissions from the Rockefeller Foundation MAP Fund, Chamber Music America and the American Composers Forum. He’s also been named alto saxophonist of the year multiple times in DownBeat’s International Critics Poll and by the Jazz Journalists Association. His projects include the multi-cultural hybrids Gamak and Samdhi; the cross-generational alto summit Apex featuring Bunky Green; trios MSG and Mauger; the quintet Dual Identity co-led with fellow altoist Steve Lehman; and Raw Materials, his long-running duo project with pianist Vijay Iyer. Mahanthappa also continues to partner with Pakistani-American guitarist Rez Abbasi and innovative percussionist Dan Weiss in the Indo-Pak Coalition, while giants in both jazz and South Indian music have recognized his success: he was enlisted by Jack DeJohnette for the legendary drummer’s most recent working group, while a collaboration with the renowned Carnatic saxophonist Kadri Gopalnath resulted in Mahanthappa’s critically-acclaimed 2008 CD Kinsmen (Pi).