Toronto - Toronto Downtown Jazz and The Other Operation present Aaron Freeman as he returns to the Toronto stage on Tuesday, October 6, 2015 at the Horseshoe Tavern, bringing back the eponymous Gene Ween, made famous as one half of the popular band, Ween. Tickets go on sale Friday, July 31, at Ticketpro.ca or by calling 1.888.655.9090 FREE. 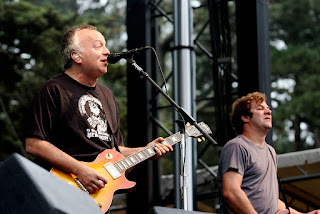 For nearly 30 years, Freeman led one of experimental rock's greatest genre-hoppers as Ween tackled everything from funk to country and reggae to Irish ballads. Since disbanding the legendary group in 2012, Freeman has reinvented his career, first, releasing a solo album, Marvelous Clouds, in 2012 and created a new band, Freeman, in 2014.

Backed by a four-piece band with material ranging from Freeman's solo work to pieces from the Ween catalogue, he returns this fall performing a variety of hits for one special night.