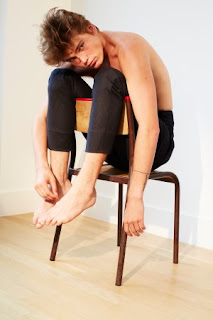 NEW YORK CITY - Greater New York is the fourth iteration of the renowned series, begun in 2000 as a collaboration between MoMA PS1 (then P.S.1 Contemporary Art Center) and The Museum of Modern Art, that showcases emerging artists living and working in the New York metropolitan area.

This Greater New York arrives, however, in a city and art community that has changed dramatically since the first version of the survey. Against this backdrop, Greater New York will depart from the show’s primary focus on youth, instead examining key points of connection and intersection between emerging and more established artists across New York, while also exploring aspects of earlier histories of the city itself, and its changing political, social, and architectural fabric. (Image is the Painted Chair by Collier Schorr)

Considering the “greater” aspect of its title in terms of both geography and time, Greater New York begins roughly with the moment when MoMA PS1 was founded in 1976 as an alternative venue that took advantage of disused real estate, reaching back to artists who engaged the margins of the city. Together, the works in the exhibition employ a heterogeneous range of aesthetic strategies, often emphatically representing the city’s inhabitants through forms of bold figuration, and foregrounding New York itself as a location of conflict and possibility. (work below by Huma BhaBha) 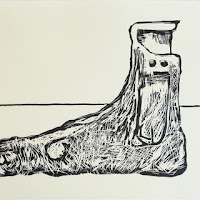 Major support for the exhibition is provided by MoMA’s Wallis Annenberg Fund for Innovation in Contemporary Art through the Annenberg Foundation.