• Check out the festival website
• Browse hotel and ticket packages

January 3, 2016 (CHARLESTON, SOUTH CAROLINA)—Festival General Director Nigel Redden announces the program for the 40th annual Spoleto Festival USA, taking place May 27 through June 12, 2016 in Charleston, South Carolina. The 2016 Festival features over 150 performances and events held in 13 venues, including the Festival’s return to the Charleston Gaillard Center that re-opened in October after an extensive three-year renovation. 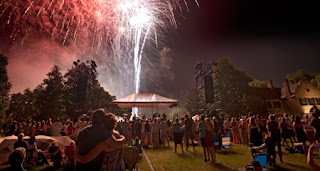 “For Spoleto Festival USA’s 40th year, we wanted to make the program extraordinary,” says Redden. “Producing our first Porgy and Bess—a work based on Charleston-born DuBose Heyward’s novel, set in Charleston, and about Charleston’s people—was a celebratory choice. It is especially appropriate that this opera will be our first performance in the spectacular new Charleston Gaillard Center. A 1970 production of Porgy and Bess staged in the then-new Gaillard Auditorium is a long-remembered civic event representing unity, pride, and artistic achievement that we hope to emulate. Beyond Porgy and Bess, we celebrate the Festival’s anniversary with programming that features the signature Spoleto Festival USA blend of new works and young artists alongside established international visionaries encompassing opera, music, dance, and theater. I hope people will find many reasons to be part of this landmark 40th year.”

June 2016 will be a time of celebration for the Festival, and it will also be a time of reflection and remembrance for the city of Charleston. June 17—five days after the Festival ends—will mark the first anniversary of the murder of nine people at the Emanuel African Methodist Episcopal Church on Calhoun Street. Several performances will acknowledge the event and commemorate the victims. This includes the world premiere of a multi-media project conceived and directed by acclaimed visual artist Carrie Mae Weems called Grace Notes: Reflections for Now curated by Harvard professor Sarah Lewis. Originally conceived as a gift for President Obama, Grace Notes will be a provocative performance of music, song, text, spoken word, and video projection. The project poses the question “what is the role of grace in the pursuit of democracy?” and was inspired, in part, by President Obama singing “Amazing Grace” during his eulogy for Reverend Clementa Pinckney. Weems’s project gathers a stellar group of artists including ccomposers and musicians James Newton, Geri Allen, and Craig Harris, along with poet Aja Monet, writer Carl Hancock Rux, and singers Alicia Hall Moran, Imani Uzuri, and Esai Davis. Grace Notes will be performed Saturday, June 4 and Sunday, June 5 in the College of Charleston Sottile Theatre. A concert by jazz singer René Marie in the Charleston Gaillard Center on Sunday, May 29 will also acknowledge the tragedy featuring a Spoleto Festival USA-commissioned song “Be the Change” inspired by the community’s response and show of unity. 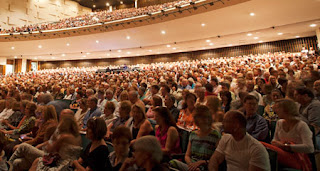 “Spoleto Festival USA ends just days before the first anniversary of the Emanuel AME Church murders and several artists felt compelled to reflect upon the event and on the times we live in,” says Redden. “As a Festival that has proudly called Charleston home for 40 years, we wanted to provide an outlet for these reactions to demonstrate how art can help people to heal as well as provide an important voice in times when it can be difficult to find words.”

Tickets go on sale to the general public on Tuesday, January 14 at 10:00am by phone 843.579.3100 and online at spoletousa.org. A donor pre-sale begins January 5; details can be found online at the link.

Highlights of the 2016 Festival:

• First Spoleto Festival USA production of opera Porgy and Bess, directed by David Herskovits with visual design by artist Jonathan Green, featuring Alyson Cambridge and Lester Lynch in the title roles, conducted by Stefan Asbury
• City-wide activities planned around Porgy and Bess to celebrate the production’s origins and history in Charleston including daily walking tours throughout the Festival 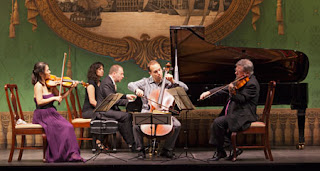