Film News: California Pictures Inks Deal for Rude Buay … the Unstoppable and Who Shot the Sheriff?

HONG KONG: California Pictures recently announced that they have acquired International sales and distribution rights to A L I Pictures’ John A. Andrews’ upcoming big screen projects: Rude Buay … the Unstoppable and Who Shot the Sheriff? 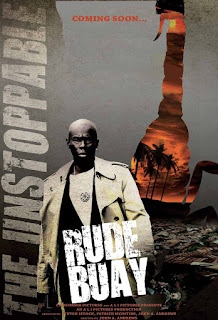 Set in Jamaica, Miami and Colombia: a greed driven fiasco baits this international agent who’s every man’s idol and every woman’s fantasy, back to his roots – Jamaica. There his past like a plague haunts him. Caught in the web of deception, deceit and inequities of all kinds, Rude Buay is forced to use his street style of justice in order to combat the tyranny of a vicious Drug Cartel.

Who Shot the Sheriff? set in Jamaica and Miami is a musical driven mystery crime drama. This mysterious saga can be compared to The Harder They Come, Hustle and Flow with elements of “The Verdict and Witness. Protagonist Wesley Haynes, a potential rising star launches out into the deep to find fame and fortune. Battling the waves of adversity, he finds himself trapped in the tidal waves of bigotry and hypocrisy masterminded by the infamous Sheriff.

According to Andrews, the brain child behind these “gritty and twisted“ novels and who also adapted them to screenplay: “Since the character John Shaft emerged, we’ve not encountered a black character with such longevity, international flavor and pizazz as the Rude Buay character.” 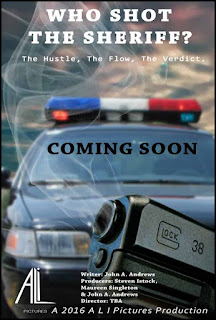 “On the other hand, Who Shot the Sheriff? comes sautéed in cultural music and uncanny twists: depicting a Jamaican artist trapped inside the claws of the corrupt Sheriff John Brown.”

Back to back production of the pics could start as early as this Fall in Jamaica, Puerto Rico, and the Dominican Republic.

Both of these upcoming pics have already been previewed at the recent Berlin Film Market and were presented at the Hong Kong International Film and TV Market, March 14 – 17, 2016.

Steven Istock, CEO of California Pictures will co-produce the duo with John Andrews from A L I Pictures. Istock was one of the top new business producers in the U.S. for both Meryll Lynch and Bank of America. California Pictures has also produced and distributed “A warrior’s Heart” and “Scavengers” plus distributed and sold many motion pictures worldwide.

A L I Pictures LLC is a New York based film production and creative marketing company, specializing in making movies with a difference.

California Pictures was reincorporated in 2008 by Steven Istock and is based at Paramount Pictures Studios in Hollywood, California. The company is focused on creating great movies and television content with dynamic characters, strong and personally identifiable themes and powerful journeys for a worldwide audience.