Vintage Britpop, carnival or cabaret -- Captain Of The Lost Waves' sound keeps you guessing, or maybe it's all of them, all at once. Certainly, there are recognizable influences from Peter Gabriel to Jethro Tull, with a little Jacques Brel and the Beach Boys thrown into the mix. 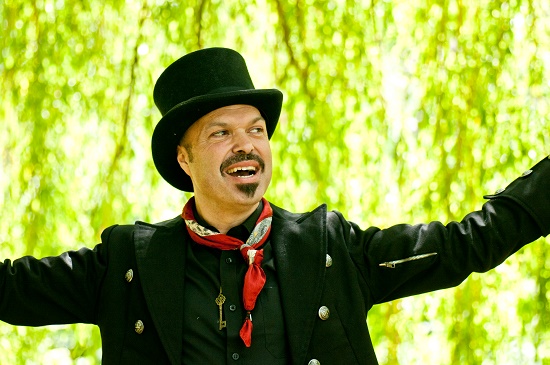 If there is steampunk pop, then I never knew about it before. Captain Of The Lost Waves is an underground musical hero from Yorkshire, UK, who is finally getting a little exposure to the wider world. This collection of eclectic tracks seems to include songs from the last couple of years, many of them accompanied by charming animations.

Another Planet was his first single. This is the Jack Hobbs radio edit mix, animation by BAFTA award winners Fettle Animation. A modern take on music hall, using black and white animation. You can see where I mention the steampunk influence.

His live shows are unpredictable, each one unique, with audience involvement required. They're often site specific, held secretively on a who-you-know basis. 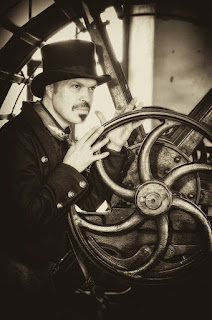 The songs include a theatrical touch, like Happy In Bed, which starts with a clock ticking and the sound of snoring. He sings of toast and wanting to stay just where he is in a melodic tenor. There's a whimsical sensibility, and a daft sense of humour. To a pleasantly Celtic-ish roots groove of acoustic guitar and penny whistle,

As befits a release of Hidden Gems, there are four hidden tracks on the album. If you like the theatricality and storytelling, then you'll love this imaginative release. 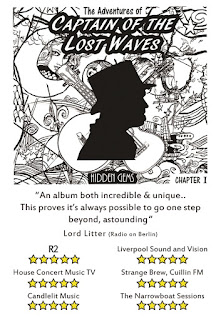 Danger on Planet Earth, there's a singer songwriter epidemic and they say it's getting worse...who can save us? None other than the bravest, boldest alien hunter in the galaxy, Mr William Theodore Ricard...