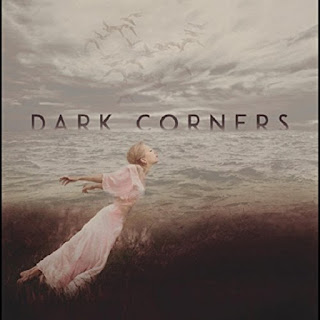 Enjoyably inventive within a traditional genre, Dark Corners is the second release for the ensemble It's Just Craig, the brainchild of Craig Helmreich. The Intro sets the tone with a fuzzy antique piano line and leads into Go, the next track. The song builds on a minimalist acoustic opening, shuffling in a languid pace to a lush arrangement that includes keyboards and jangling guitar.

Americana, Goth Country, or whatever label you want to put on the genre, is all about drawing the emotional heart out of the everyday, both when it comes to words and music. It's Just Craig takes the premise and adds a modern sense of production. Craig et al specialize in catchy hooks and songs that are more complex than they first sound, with a soft rather than strident approach to vocals. There are jazzy riffs in songs like Captain and Siren Sings, with a lot of rhythmic variation throughout all the tracks.

Goodnight is the lead single from the release, a synthy, danceable track with a stuttering percussion line and lyrics that are typical of the album's understated sentiment.

It's essentially a concept album in a gothic Americana sort of vein. Tracks 1-8 follow the story of the captain of a cargo boat and his journey across the sea. It's sometimes a lonely story, sometimes an exciting one. Track 9 is blank, a space before the "hidden" track. Track 10 is the odd one out, a song called Thirty-Nine, inspired by the hedonistic mid-life crises of he and his friends.

He's assembled the same group of musical friends for the follow-up ride to his debut releaes, Blood On The Table. Along with the personnel, he reprised the approach, with lots of live tracking, very few takes, minimal overdubs, 100% analog. Marc Ford (Black Crowes/Ben Harper/Magpie Salute) is on guitar, joined by Elijah Ford on bass, piano and electric/acoustic guitars. Craig plays guitar and sings, with Jason Slota on drums, Rob Shelton on keys, John Vanderslice producing, mixing and playing keys on Goodnight (with Rob Shelton). New on this outing are Jess Von Strantz and Kels Von Strantz on vocals and vocals/cello, respectively.

In his other life, Craig is a corporate attorney working and living with his family in Fishers, Indiana. The vinyl version is likely to be released in mid to late August.