Jazz CD Release:
Dan Pugach Nonet Transforms Proverbial Styles With A Singular Approach and A Secret Weapon On His Debut Recording Plus OneSet for release via Unit Records on February 16, 2018

Arriving in the US from his native Israel in 2006 to study at Berklee College of Music before earning his master's at The City College of New York, drummer/composer Dan Pugach played cash-and-carry gigs, traditional ethnic dates, worked coffee shops-anything to keep his drumming and music pure. Eventually teaching himself arranging and orchestration, his complete reimagining of Horace Silver's "Silver's Serenade" led instructor (and renowned pianist/composer/educator) Mike Holober to exclaim, "Your arrangement departed from the original song; it wasn't just an adaptation, but a rearrangement. Dude, you're going to thrive as an arranger/composer."
Roughly ten years later, Pugach's debut recording Plus One is the fruit of years of hard work, practice, writing and rewriting, a joyous and thematically diverse recording that expresses Pugach's vision of a "mini big band."

"What I like the most about the sound and concept of Dan's Nonet is that the playing and the writing is selfless," says five-time Grammy Award winning composer and perennial Pat Metheny Group member, Antonio Sanchez. "It's all about the music. The writing is on point, sharp, concise and so is everybody's playing. Beautiful album." 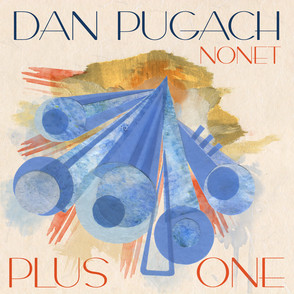 Gathering some of New York's finest musicians in his Nonet, Pugach's Plus One is an exciting ride encompassing a New Orleans second-line strut, expansive arrangements of familiar pop material, and dynamite original compositions performed in classic small ensemble tradition.

"I'm not trying to be too modernist; I want to have a few surprises," Pugach says. "But they're hidden. Each tune has a specific vibe I'm staying loyal to. I'm trying to keep everything focused."

Pugach's compositions and arrangements mirror his personality as a drummer. Each note flying off his drums, cymbals and percussion is concise, poised and delivered with purpose. A YouTube search yields Pugach's  drumming blowing the lid off various NYC clubs with different ensembles, his collective rhythms a streamlined approach animated (all too briefly) by fiery solos. Similarly, Plus One is music of a stylized, singular principle with moments of absolute burn.

"I believe playing less is more until it comes to my solo-then I explode," Pugach explains. "And in my music, I don't want to hear overblown drumming."

Pugach is aided on Plus One by his plus-one in life, powerhouse singer Nicole Zuratis, whose recent release, Hive Mind, shows her at full force.

"Nicole is my secret weapon," Dan confides. "Our relationship onstage is part of the conversation. She handles the mic duties; I might come up to speak and she'll cut me off. The audience laughs. It's our natural banter."

Pugach goes from strength to strength on Plus One, the album showcasing his beautifully intricate  compositions, peerless arrangements and yes, his drumming, which is funky, on-point and surprisingly restrained for a musician of such skills and gifts. Dan's arrangements for Nonet recall the classic sounds of Thad Jones and Mel Lewis, Bob Mintzer, and the Vanguard Jazz Orchestra-expressed in a far smaller ensemble. Deft compositions, challenging arrangements, brilliant players and Dan's silken rhythmic touch make Plus One a special outing. 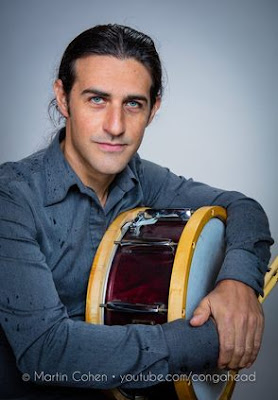 The album including moving vocal versions of Dolly Parton's "Jolene," Chick Corea's "Crystal Silence," Quincy Jones' "Love Dance" and Zuratis' male-ego-impaling rouser, "Our Blues," Plus One culminates in the two centerpieces: "Coming Here" and "Discourse This."  The former, a circuitous coming-of-age journey with great solos all around, including a dexterous showing by Pugach; the latter, a blustery, sparse Nonet dance that reveals the musicians' glove-tight interplay and cohesion. Through it all, Pugach's sizzling drumming drives his Nonet-hard.

From his experiences growing up near Tel Aviv to the influences of the Thad Jones/Mel Lewis Big Band and Bob Mintzer Big Band, Pugach's compositions and arranging on Plus One are a thrill, including the opening, second-line bruiser, "Brooklyn Blues," to the closing, full-throated, "Discourse This." An album of such high-level ensemble playing and standout vocal tracks is exceedingly rare. Plus One is pure and powerful-simply exceptional music.

"People love the warmth and interaction between myself and Nicole and the Nonet," Dan says. "It's natural. The audience feels the connection. And connection is what it's all about."