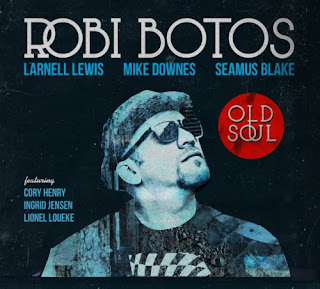 Old Soul is the much anticipated 3rd release from Canada's most talked about pianist, Robi Botos. Following the incredible success of their Juno-winning 2015 release, Movin’ Forward, this new album will continue to cement Botos’ reputation as one of the most talked about, and successful pianists in the country.

The band features a core quartet of some of the top musicians in North America; Seamus Blake on Saxophones and EWI, Mike Downes on Acoustic and Electric Bass and Larnell Lewis on Drums. The album also features some incredible special guests; Cory Henry on Hammond B3 Organ, Ingrid Jensen on Trumpet, Lionel Loueke on Guitar as well as a string quartet on 2 pieces. The album was produced by Botos and 2-Time Juno Award winning Producer Scott Morin.

The music is virtuosic but still accessible, driven by irresistible grooves and rooted in Robi's background. Budapest mingles contemporary jazz with the mournful melodies of his homeland. It's melodic and funky, and will please both jazz afficionados and those who just enjoy great musicianship.

Inspired by lost friends, past hometowns, and the incredible life-story that has shaped Botos, Old Soul is an album of hopeful, humble and funky music that is sure to thrill jazz and soulful music fans!   A particular highlight is the one-take version of an incredibly rare composition by Prince, entitled Calhoun Square. 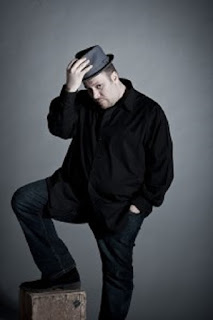 The recording itself took place at Planet Studios in Montreal on Sunday, July 3rd, after two nights playing the music live in Toronto & Montreal. The idea was to record everything live off the floor, with the band recording together in one room. This helps to give the album the energy, focus and cohesion you would get from a live performance.

Hungarian born Romani/ Musician Robi Botos was raised in a musical family and is largely self-taught. Robi began his musical career when he was a child, growing up in Budapest, playing drums and percussion. It was at age seven when Robi first took up piano. Robi immigrated to Canada in 1998 and is now a permanent resident of the country he calls home with his wife and children.

Inspired by his long-time hero and mentor, Oscar Peterson, Botos has been the subject of praise from many critics. His accolades include the 2012 Montreal Jazz Festival’s TD Grand Jazz Award, the 2007 National Jazz Award for Keyboardist of the Year, and first place finishes in the 2004 Montreux Jazz Festival Solo Piano Competition and 2008 Great American Jazz Piano Competition.