IAN MAKSIN. ZARIA. ONE YEAR LATER
Incredible journey around the globe with cello in hand

• Get Tickets
• Check out Zaria

NEW YORK CITY - 235 performances on four continents since release of Zaria in April of 2017. 78 performances in 2018 so far. Zaria is not just an album. It’s a journey. It’s a way of life. A way of bringing people together through music. From East Siberian shamanic chants to Kurdish folk songs. From rugged rhythms of the Balkan Mountains to Afro-Cuban clave. Love songs in 15 languages and counting. Everything melts into a unique fusion through Ian Maksin's magical cello.
Russian-born Chicago-based cellist and composer Ian Maksin has gained international recognition for his beautiful tone, his own unique innovative style of playing the instrument and for taking the cello well outside its conventional role. As a soloist, he gives more than two hundred public performances annually in North and South America, Europe and Asia. He has performed in many prestigious concert halls throughout the world and has appeared at festivals such as Ravinia and Lollapalooza in the USA, Spoleto and Ravenna in Italy, and the White Nights Festival in Russia. His recently released album of original music for solo cello titled “Soul Companion” has received great acclaim from critics and audiences around the globe alike.

Born in Saint-Petersburg, Russia, Maksin began playing the cello at age six at the Special School for Gifted Children of the Rimsky-Korsakov Conservatory. At age seventeen he came to the United States to attend the Manhattan School of Music in New York City and later became the principal cellist of the New World Symphony, America’s one-of-a-kind training orchestra under direction of Michael Tilson Thomas. During that time he had an opportunity to receive personal mentorship from such artists as Lynn Harrell, Mstislav Rostropovich, Yo-Yo Ma, Bernard Greenhouse, and many others. 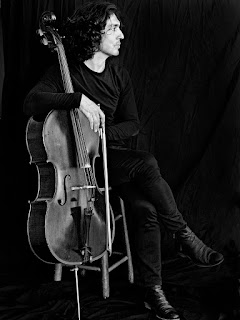 Maksin has premiered and recorded numerous works by contemporary composers, including a critically acclaimed CD “Sculpting Clouds” which came out on Albany Records in 2007 and featured works by Juilliard-based award-winning American composer Eric Ewazen. In 2006, he recorded on the album “Clocks” music by Miguel de Aguila, a collaboration with the celebrated string quartet ensemble from Mexico Cuarteto Latinoamericano. Maksin’s debut solo CD titled “Solo Flight” was released in January 2010 and is an eclectic compilation of works for cello solo ranging from J.S. Bach Suites for Unaccompanied Cello to a new piece by a Chicago-based composer Ilya Levinson, as well as the Suite for Solo Cello by Spanish cellist and composer Gaspar Cassado.

In 2011, Maksin has founded iAN&ANi DUO – a collaboration with Bulgarian pianist Ani Gogova. Their debut CD “Tango Plus” came out in October 2012 and featured music of Piazzolla, Ginastera, Ravel, De Falla as well as a world premiere of a work commissioned by iAN&ANi from Chicago-based composer Ilya Levinson. They have co-produced an award-winning music video “Strings Detached” based on music of Rodion Shchedrin, filmed by the Russian director Sergei Kvitko and featuring one of leading young American ballerinas Abigail Simon and iAN&ANi Duo. In the spring of 2012, Maksin and Gogova have co-produced a critically acclaimed multimedia project “Tango Obsession” which was sold out for many consecutive nights at the Chopin Theatre in Chicago.

Maksin’s latest solo album titled Zaria was released in April 2017, and it includes music for solo cello from a wide range of sources. There are tracks inspired by traditional music from all over the world, fusing Balkan, Middle Eastern, Sephardic, and Slavic influences. Then there's a dash of tango and RnB thrown into the mix. To call it eclectic is an understatement. He also sings covers of Amsterdam (Jacques Brel) and Ain't No Sunshine, the iconic Bill Withers hit. Other tracks are his original compositions, like Pensando en Ti, and Firebird. 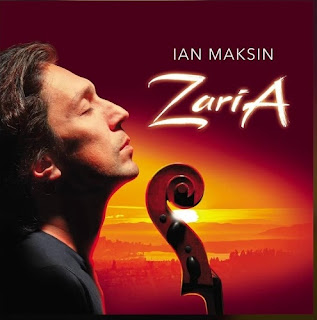 Apart from being highly regarded as a classical artist, Maksin collaborates with other artists in a variety of musical genres: jazz, blues, flamenco, rock, R&B and world music, blending many styles together using cello as the common denominator. He can often be heard and seen in collaborative projects with artists from different corners of the globe: Morocco, Cuba, Serbia, Iran, Pakistan, India, Spain, Mexico, Japan, just to name a few. As a guest artist, he has performed and recorded with such artists as Andrea Bocelli, P. Diddy, Snoop Dogg, Gloria Estefan and Barry Gibb. He has also opened performances for Sting and his guitarist Dominic Miller​