Tourism isn't just about place, it's also about the people. In recognition of that fact, Attractions Ontario recently gave out their 2018 Tourism Awards. These are the unsung heroes of the tourism biz, including workers as well as volunteers who are truly committed to the projects they champion. 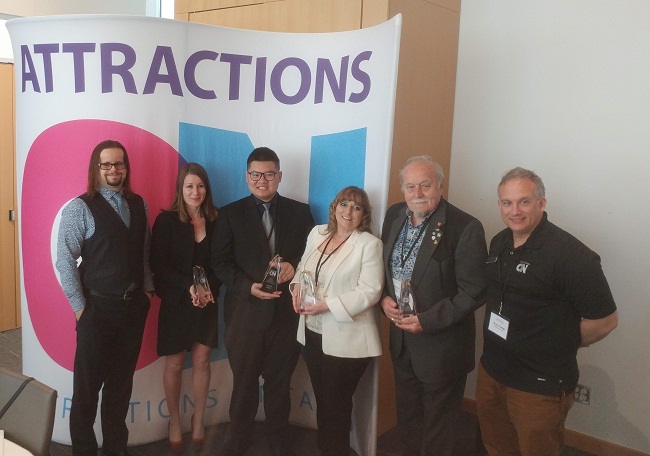 Aurore Lemarinier and Rick Stokes were co-champions of the Tourism Champion of the Year Award, presented to individuals who have provided significant organizational assistance, commitment, enthusiasm and specific expertise to the nominating business.

Starting as a volunteer at the Winter Festival of Lights in 1992, Stokes has been an active and hardworking volunteer without exception, including serving on the Festival’s Board of Directors for over twenty years and a stint as Chair in 1996.

Aurore Lemarinier is currently the Visitor Information Coordinator at Ottawa Tourism. Throughout her career tourism and customer service has always been at the forefront, including jobs at the Office de Tourisme Terres de Nacre and Blueyes (events). Volunteering is also an important part of her life in Ottawa. 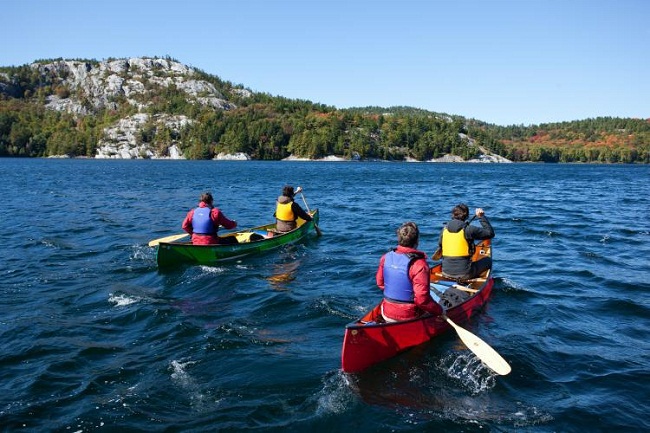 Ottawa Tourism was founded in 1971, and is the Destination Marketing Organization for Ottawa and its surrounding region. It is also the Regional Tourism Organization for Ontario Tourism’s Region 10, which is comprised of Ottawa and the united counties of Prescott-Russell.

Duy Khang (Justin) Doan received the Co-Op Student of the Year Award. Born in Ho Chi Minh City, Vietnam, Doan moved to Toronto at the age of 16 for schooling. Expected to graduate this year from the Hotel Operation Management Program at Centennial College, he is also working part-time at Courtyard by Marriott Downtown Toronto, where he also completed his internship.

Anna Pierce received the Col. Don Dailley Lifetime Achievement Award, presented to an individual who has made significant contributions to the development and promotion of the tourism industry in Ontario. Pierce began her career with Niagara Helicopters at its inception in 1983 as a ticket sales associate, and worked her way up through the organization. After serving on the Board of Directors for Niagara Falls Tourism, she returned to Niagara helicopters, accepting the position of Vice President.

“Congratulations to the nominees and winners. The awards are well deserved,” says Troy Young, Executive Director of Attractions Ontario.

Attractions Ontario is a non-profit association, dedicated solely to optimizing attendance for its member attractions.  As the only province-wide trade association dedicated exclusively to the attractions sector of the tourism industry, Attractions Ontario members encompass over 500 public and privately owned attractions in numerous categories such as amusement parks, historical sites, cultural activities, arts and entertainment, and adventure tourism.

ABOUT ATTRACTIONS ONTARIO:
Attractions Ontario is the authority on Attractions & Trip Motivators in Ontario, the voice of the industry and the source for consumers to discover Ontario’s destination experiences. The association offers best-in-class, high-value access to consumers in bolstering attendance and business activity for the Attractions & Tourism industry.
canadian tourism business tourism ontario travel ontario