#JUNOS 2019: Wesli Nominated for World Music Album of the Year 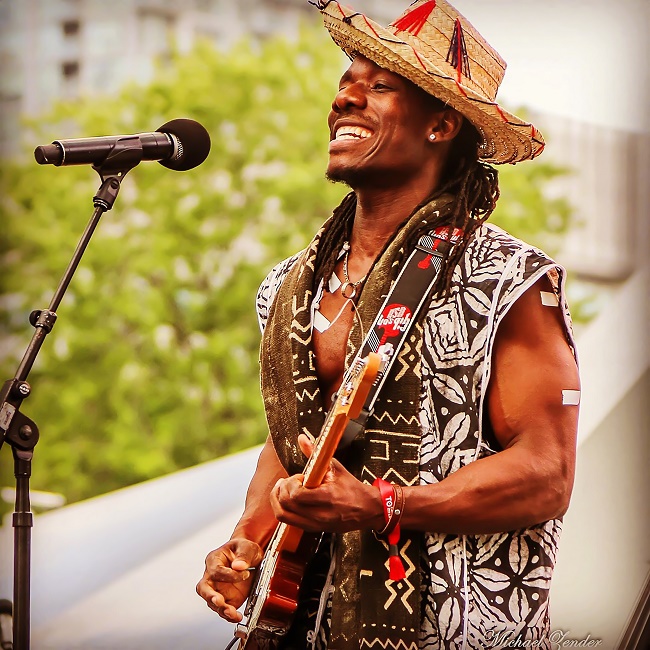 Wesli is a born entertainer who's groove machine skillfully cooks Rara, rock Afrobeat and Haitian roots into a unique blend of spicy pot-o-feu.

Since he strung his first oil-can to build a guitar, musician and songwriter Wesli has taken seemingly disparate elements and tinkered with them ingeniously until they turn into a powerful groove. Born in Port-au-Prince, tempered in West Africa and Montreal, the guitarist and songwriter takes Haitian traditions like voodoo, street styles like rara and finds links with everything from reggae to quirky funk hip hop

Born in Port-au-Prince, Haiti, Wesli (Wesley Louissaint) built his first guitar out of an old NGO- provided oil can and nylon shoe lace when he was just eight years old. Coming from a family of 8 children where music was a daily food for the soul, it became second nature to him, a unique and vital way out of the violence and misery found in the surrounding ghetto. Wesli’s musical journey started in the gospel choir of his local church and then he adopted the guitar as his main instrument.

Ever since, Wesli has worked relentlessly, perfecting his art, his only hope for a better life. Very early, he took part in serious projects such as the afro-roots Jazz 4ever quartet and SoKute. He performed in many of Haiti’s concert halls and traveled abroad with Kreyol Mizik company. In his teens, Wesli produced and recorded the album Horizon with SoKute. Their soul music gathered wide success and even made them famous outside Haiti.