Cuba adapts to the “new normal” and announces the re-opening of international tourism in most of the country.

After controlling the pandemic, local authorities announced the country is embracing a “new normal” for most of the country’s provinces except: Havana, Ciego de Avila and Sancti Spiritus (Which still have some cases of local transmission).

All international airports are already open, except Havana Airport, which will remain limited to humanitarian and cargo flights for the time being, and Cayo Coco airport, open only for tourism due to the current situation in the province of Ciego de Avila.

The Minister of tourism, Mr. Juan Carlos Garcia Granda, said that “air only” passengers will be able to enter the country through all the open airports, with the exception of Cayo Coco Airport, which will continue to work as before (Holiday package: air and hotel).

The Minister noted that foreign tourists will be able to stay in private rental homes (B&B), in all the territories that are in the new normal (with the exception of Sancti Spíritus, Ciego de Avila and Havana), and also that the locals can stay at tourist facilities shared by international visitors, including The Cayos, as long as they come from the provinces in the “new normal”.

Other measures announced by the Minister of Tourism include: resuming car rentals, the re-opening of the tour desks that can arrange and sell excursions and day trips to all the territories that are in phase three or in the new normal, except Havana and Trinidad as those territories are not open yet; likewise, in Cayo Coco, Cayo Guillermo and Cayo Cruz, excursions will take place within the cays; tourists will not be able to travel to Ciego de Avila as this province is not in phase three so far.

The international marinas located in the territories declared in the new normal are restarting operations and  pleasure vessels are allowed to entry and stay in the territorial waters; the same, from October 19th cruises are permitted. In both cases it will proceed under the approved strict health protocols.

In order to expedite movement at the airports, the maximum baggage allowance for now is up to two checked pieces, up to 32 kg each (depending on the specifics by each airline). 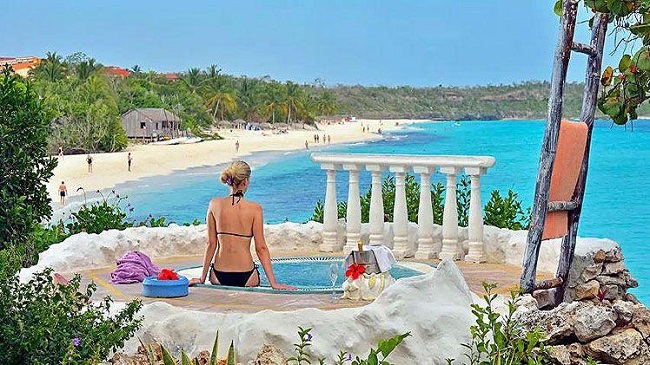 Lessner Gomez, Director of the Cuba Tourist Board in Toronto points out that, “all major Canadian tour operators are including Cuba in their winter programs and these openings mean more flexibility and more chances for Canadians to enjoy Cuba their own way.”

“It’s also happening at the time when the trees are turning and there is a chill in the air, which it means that winter is coming,” he said.

Cuba Tourist Board represents the Ministry of Tourism in Canada. It provides general travel information to Canadians who would like to visit the island.