Intimate and honest, F-105 II: Side B is the latest release for the artist also known as Din, formerly of The Soles. 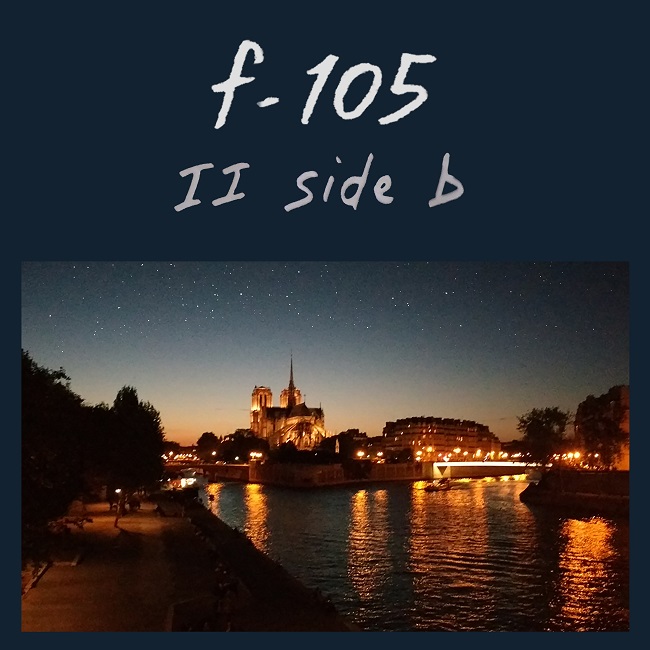 F-105 II: Side B is a departure for the artist, a loose acoustic album that delves into a more reflective and even meditative side. His self-titled previous release would more accurately be described as tight and melodic alt-rock.

Recorded live-off-the-floor, the songs on F-105 II: Side B were written and developed live while he was on the road. After a two-year tour taking his music through North America and Europe, the COVID-19 pandemic came crashing down, and the music reflects that experience too.

The songs are reflective, and emotional, with a straightforward approach both musically and lyrically. If I Were About To Die incorporates intriguing vocal harmonies, and Finally Found A Way features a nice fat sound with acoustic guitar and harmonica playing a swingy groove. Bull Out Of The Gate has a country rock edge to it.

Evergreen is the lead track, a love song with a northern geography woven into the words. The song is not afraid to situate itself along the Canadian Shield or Muskoka Waters, like the steadfast evergreen of its title.

As the liner material notes, “Side B” will be the second half of F-105 II. The first half, F-105 II: Side A, will be recorded and released at a later date. The decision to release B before A comes simply because of instrumentation - a full band will be working on the next/first part.

After a listen or two, you'll find yourself humming along.