The Art Gallery of Ontario (AGO) may be closed at the moment because of the pandemic's latest variant, but they are continuing a number of popular programs online, including educational series for kids and much more.

Here's a look at some of the highlights.

Hosted by AGO’s Executive Chef Renée Bellefeuille, Foodways is a new conversation series that brings together chefs to explore the intersection of culinary practices, memory and art. This January the AGO is excited to present Foodways: Caribbean Flavours, a three-part talk series bringing together three chefs with ties to the Caribbean and its Diaspora to reflect on their own foodways, inspired by the AGO exhibition Fragments of Epic Memory. Participating chefs are Roger Mooking, La-toya Fagon and Selwyn Richards.

On January 21, join Chef La-toya Fagon at 4 p.m. on Facebook Live for part two of Foodways: Caribbean Flavours, as she talks about growing up eating island foods and her creative blending of traditional Caribbean cooking styles with Mediterranean flavours. Fagon was the first food expert on The Marilyn Denis Show in Toronto and is a personal chef to the Toronto Raptors.

On January 28, join Chef Selwyn Richards at 4 p.m. on Facebook Live for part three of Foodways: Caribbean Flavours, as he discusses his love for soul food from the Caribbean and his experience as a food stylist. Richards is the President and Executive Chef of The Art of Catering, former owner of an upscale Caribbean restaurant and is the author of the book The Art of Cooking – Soul of the Caribbean.

Following a nationwide call for proposals, the AGO is pleased to announce, thanks to the generous support of RBC, its three AGO x RBC Artists-in-Residence for 2022. Each selected artist or duo will engage in a three-month virtual residency and will present details of their project publicly upon completion. Responding to the theme of Friendship Near and Far, the AGO welcomes Eric Chengyang & Mariam Magsi, Ivetta Sunyoung Kang and Shion Skye Carter. 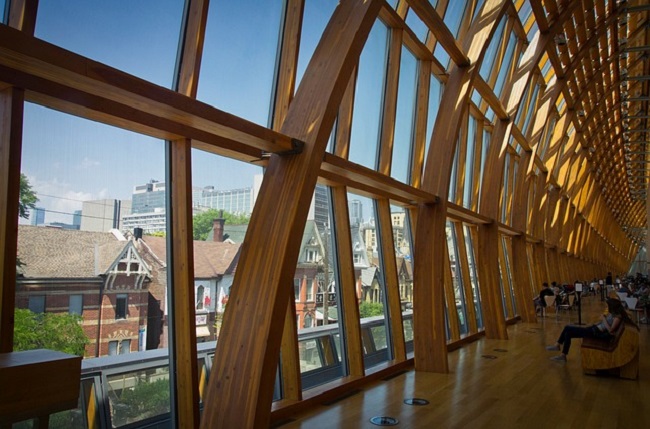 Committed to leading global conversations from Toronto, the AGO welcomes distinguished and emerging artists, curators and authors this winter. Upcoming talks include:

On Wednesday, January 19 at 1 p.m., join speaker Maurice Switzer for a discussion on how Treaties have impacted the lives of Indigenous and non-Indigenous people in Canada. This free talk is presented via AGO’s Facebook Live.

On Tuesday, March 1 at 4 p.m., poet and critic John Yau discusses the paintings and writing of Chinese-Canadian artist Matthew Wong, in conjunction with the ongoing exhibition Matthew Wong: Blue View.

Art in the Spotlight, the AGO’s free series of conversations with emerging and established artists continues this winter.

On January 27 at 4 p.m., Toronto-based filmmaker Esery Mondesir discusses his new exhibition and ongoing exploration of the Haitian global diaspora. This program is held in conjunction with the exhibition Esery Mondesir: We Have Found Each Other.

Close Looking, a bi-weekly series of art talks highlighting works from the AGO collection, continues this winter with a focus on new acquisitions and current events. Talks are posted bi-weekly on the AGO Facebook page.

Inspired by the ongoing exhibition Matthew Wong: Blue View, the AGO invites artists of all ages to join a weekly series of free artmaking sessions focused on the colour blue. Participants will be guided in a drawing and colouring exercise led in Mandarin by artist instructor, Jenny Chen. Sessions are free via Zoom every Wednesday at 7 p.m. from January 12 to February 2, 2022.